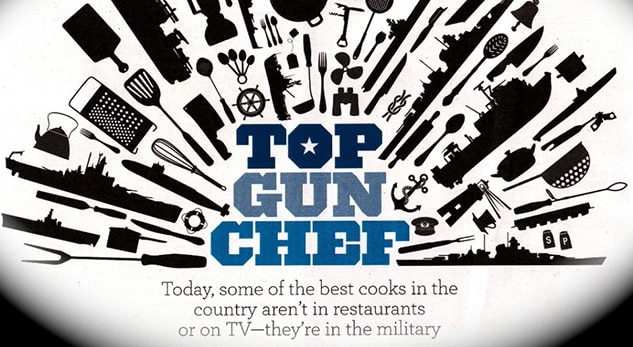 Apparently the editors over at Parade Magazine aren’t exactly spun up on military history. Case in point: they paired a Nazi battleship with a story about an award winning U.S. Navy chef.

The magazine’s editor Maggie Murphy is apologizing for a design flub, which featured a Bismarck-class Nazi battleship and the story of Senior Chief Culinary Specialist Derrick Davenport. The chef for the Joint Chiefs Chairman won a gold medal in the March 38 Annual Military Culinary Arts Competition at Fort Lee, Virginia. 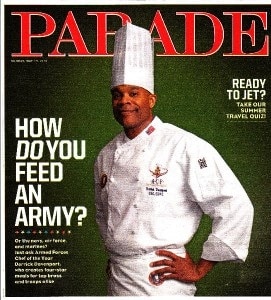 Davenport’s rise to the gold from a broom closet-sized kitchen of the attack sub USS Annapolis (SSN-760) was featured in the magazine alongside a collection of ship silhouettes that included the most notorious Nazi battleships of World War II – the dreaded Bismarck-class.

“I regret we didn’t dig deeper into the exact descriptions of the graphics we used for our story on Derrick Davenport this past Sunday,” said Murphy. “We hope you’ll join us in celebrating the accomplishments of the Navy’s Derrick Davenport and his colleagues, and move on.”

And although Parade has acknowledged their battleship blunder, they seemed to have missed the fact they titled Davenport’s article “How to Feed an Army,” and billed him as a “Top Gun Chef” – neither of which seem to apply to the Navy culinary artist. Let’s hope Senior Chief Davenport took it all in stride.