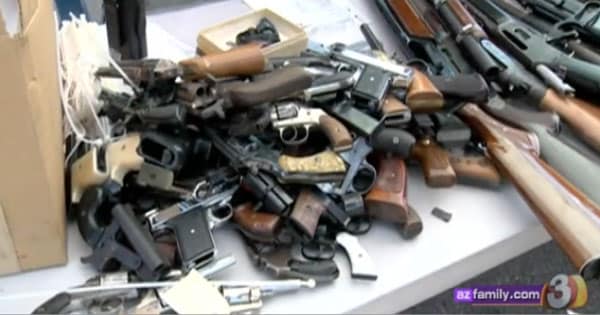 The somewhat controversial bill was signed last month by Arizona Governor Jan Brewer, and received a large amount of support. The law is supposed to go into effect 90 days following the end of the legislation session, which is any day now.

Police are using the last few days to destroy as many firearms as possible, in already overloaded departments. And with nearly 2,000 extra firearms to process in addition to the normal 200 the department receives each month, finishing them all before the law changes will be difficult to say the least, as the process is tedious and time consuming.

To process the firearms the serial numbers must first be checked to ensure that they have not been reported as stolen. The guns then each have to be individually fired, provided they are operable, so that the casings and bullets may be run through a database to see if they match any that have been used in crimes. This is the most time consuming, yet most valuable, part of the process. The Phoenix Police Department currently has two machines that they use for processing, which they share with other law enforcement agencies in the area, and about 15 officers who are trained to match the casings and bullets.

According to AZ Family, in the most recent gun buyback held this past Saturday, 937 guns were handed over in exchange for grocery gift cards in amounts ranging from $100 to $200. Apparently, the buyback almost didn’t happen, as the city ran out of funds to purchase the gift cards, but an anonymous $100,000 donation came in at the last minute, allowing the event to take place.

Phoenix Mayor Greg Stanton said that the buyback was the largest in the state’s history, backing Phoenix Police Chief Daniel Garcia’s statement, “I think this program truly shows the commitment of the citizens of phoenix as a whole, again to making the city of Phoenix, the safest major city in the United States.” 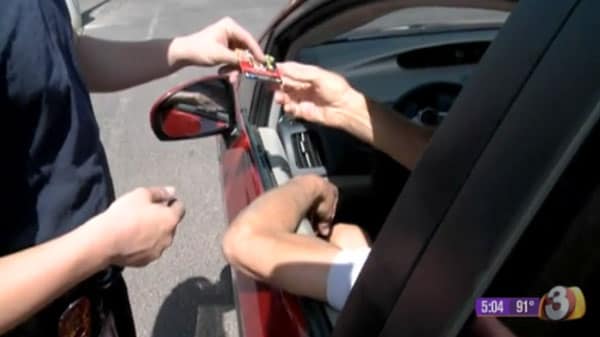 But not everyone believes the gun buyback programs are effective in reducing crime. Michael Scott, director of the Center for Problem Oriented Policing, argues that while “they make for good photo images… gun buyback programs recover such a small percentage of guns that it’s not likely to make much of an impact.” In addition, Scott points out that the people who generally hand over firearms at the buybacks are the least likely to commit crimes and the guns handed over are the least likely to be used in crimes. Matt Makarios, a criminal justice professor at the University of Cincinnati who studied buyback programs, agrees, “They don’t get a lot of crime guns off the street. You’re only going to reduce the likelihood of gun crimes if you reduce the number of guns used in crimes.”