A Wisconsin man survived a bear attack thanks to his wife’s unconventional use of a shotgun.

Marie Ninnemann, from Green Bay, WI, was at her cabin on Wednesday afternoon when a 200-pound black bear began stalking her golden retriever. Her husband, Gerre Ninnemann, rushed out to save his prized pup, but quickly realized he was face-to-face with the angry animal completely unarmed. 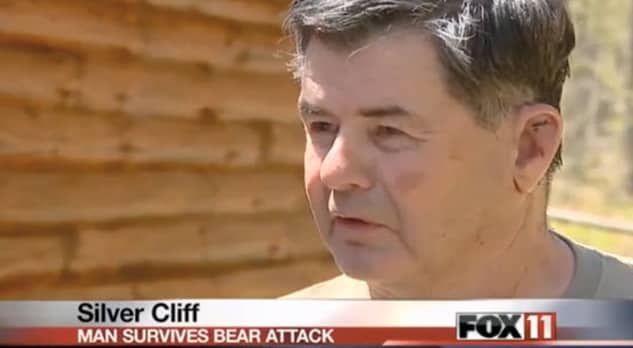 “I was so afraid the bear was going to get the dog,” said Mr. Ninnemann. ”I didn’t take time to go inside and get a gun so there I am unarmed and facing an insane bear.”

That’s when Marie sprang into action, grabbing a nearby shotgun and rushing to her husband’s aide – who had been pinned down and bitten by the marauding beast. Unfortunately, Mrs. Ninnemann wasn’t familiar with the weapon’s operation.

“She came out of the cabin with a shotgun…she didn’t know how to load it,” said Mr. Ninnemann.

Nevertheless, Marie used the shotgun as a club, smashing the bear over the head, stunning it long enough for the couple to abscond to safety. The animal circled the Ninnemann’s cabin until the Marinette County Sheriff’s Department arrived – who quickly shot and killed the bear. 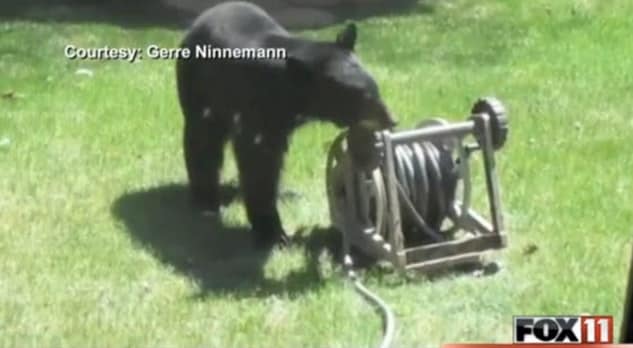 “If it hadn’t been my wife coming out and clubbing the bear on the head, I probably wouldn’t be talking to you today,” said Mr. Ninnemann – who received 14 stitches in his left ear and staples on the back of his head.