3D printing may be Guns.com’s not so private obsession but even forward thinkers like us have to admit, the technology faces some serious hurdles in the short game. Cost prohibitive, the purely additive process means that when it comes to home cooking, the chef’s ingredients are limited to plastics, plastics and plastics (and then, not quite the Nylon 6 hybrid we learned to love back in the 80s either), while, for many gunowners, the thought of a plastic barrel is still just a bit too much. 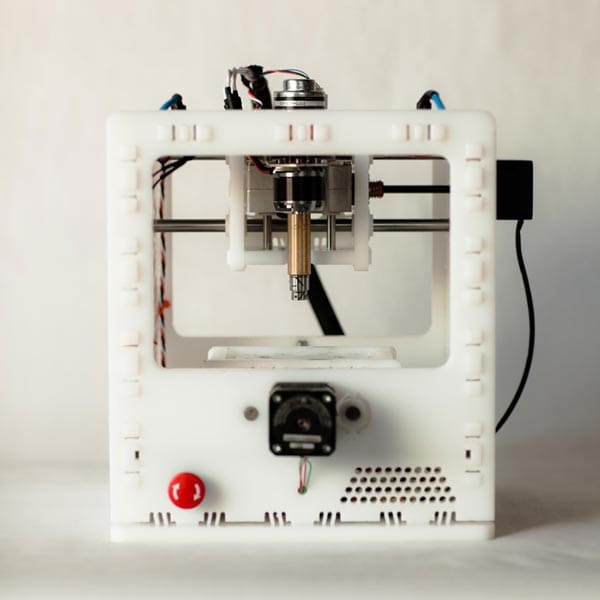 Overmill, an at home CNC machine priced at around $2000.

Today, the CNC (Computer Numerical Control) milling process is responsible for chiseling out most gun parts for most guns—frame, barrel, firing pin, internal components, all cut down from a hunk of metal by the spinning bit of a CNC machine. Now what if that was something you could set up next to your home computer?  Well, a San Francisco based R&D firm may have just answered your prayers and not even really know it.

Otherfab, a San Francisco based R&D firm under the eponymous Otherlab, launched a Kickstarter campaign May 5 to fund the production of “a portable, computer controlled, 3-axis mill that is 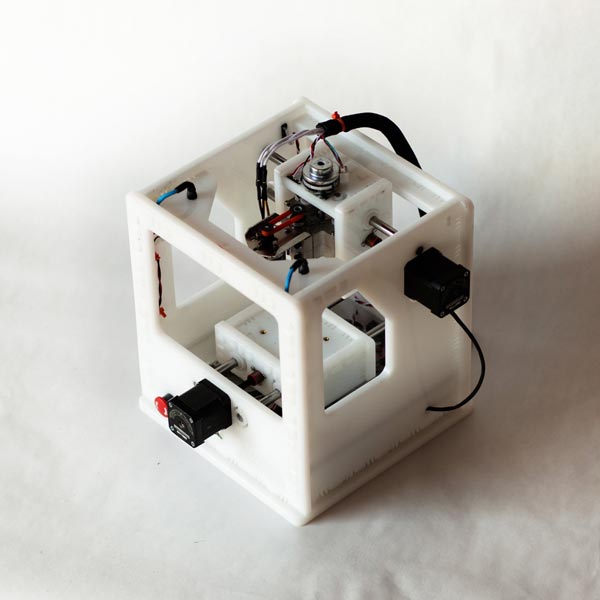 specifically designed for use at home.”  Their design, initiated under a government funded program aimed at getting ‘the kids’ interested in shop class again (o, the irony), claims to be portable (like take on the bus portable), clean and quiet (like do in your home office on your desk clean and quiet) yet also sophisticated enough to do high level electrical and mechanical prototyping work (like cutting out any shape your brain can think of, out of almost any material).

The project reached its original goal of $50,000 in less than 24 hours, so if promises made are promises fulfilled, we should see these machines in the homes of tech savvy DIYers by as early as August 2013.

Donations continue to climb past $218,000 as we write this and Othermill has even set a stretch goal of $250,000 for June 4 to develop accompanying software to better shepherd those without an engineering degree but who still want to play with engineer toys. 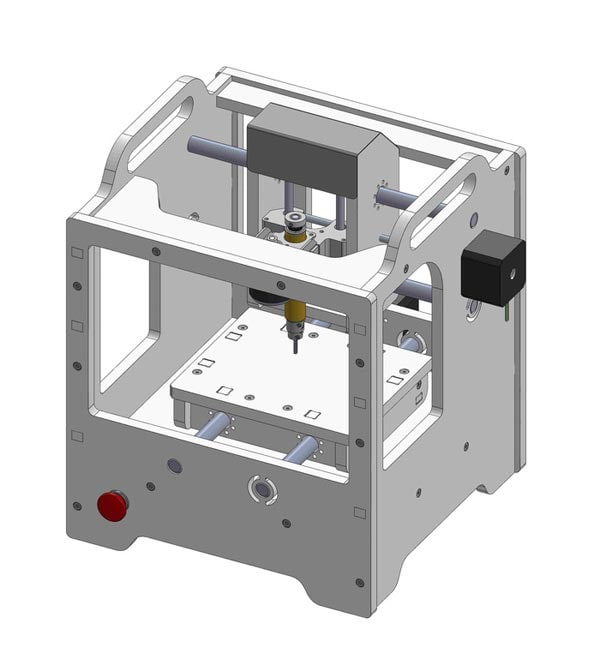 Capable of moving in three directions, the mill cuts by using a sharp rotating tool or cutter to reduce a slab of material (which could be wood, metal or polymers) to a predetermined shape.  Controlled via computer software, this machine can produce designs of far greater complexity than could ever be achieved by hand. The unit itself will ship fully assembled and is only the size of a 10-inch box with a 5.5 x 4.5 x 1.4 inch work area. Any milling tool with a 1/8” diameter shank can be inserted into the spindle meaning, on limited scale, you’ve basically got unlimited material and cut options and at under $2000, the metal shaving Othermill is less than the TAZ printer and significantly less than other commercial 3D printers.

Though Otherfab makes much of the devices contribution to the pursuits of all those amateur jewelers out there, the machine could also just as easily lend its talents to any part that needs the CNC process on a handgun. If you got the cash (a pledge right now of $1,399 or more those these are going fast) and desire, you can get in line for yours here. 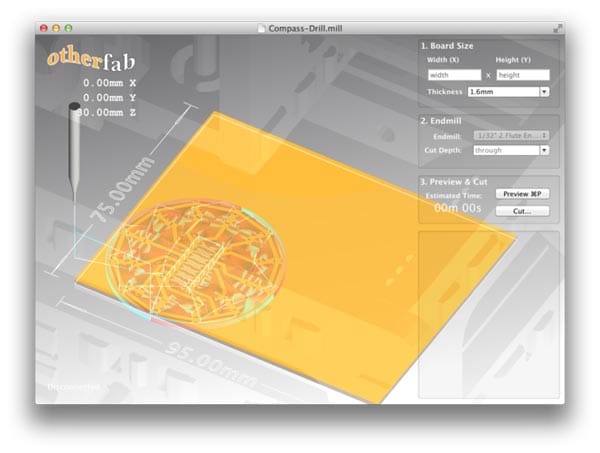 Opinions aside, it’s getting harder and harder to deny that these DIY machines are drastically altering guns’ political, philosophical and heck, even industrial landscapes. Though technologies like Othermill may still seem a bit ambitious for the Cleavers, the rise of their star is symptomatic of a society thirsty for access to information and previously unattainable tools and these early home machines are only poised to become more refined and user friendly. With prices on printers dropping by the week, demand not strictly contingent on the wants and wallets of gunowners (Otherfab touts their hat-box sized CNC machine mostly for its ability to do fine circuitry work, and mentions nothing about 1911s), design downloading pawing anxiously at the starting gate and all this going on while wait times on new manufacturers’ guns have become a forgone conclusion, do-it-at-home guns are what’s written on our walls. 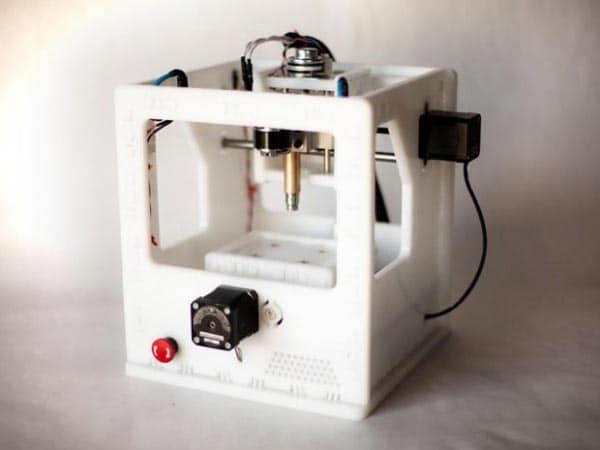 Now we’re not prophesizing the death of the firearms industry—far from it.  Names like Smith & Wesson and Glock won’t be going anywhere any time soon as there will always be a market for fine firearms made by legacy makers (who offer support and a warranty) just the same as there will always be a market for people who would rather go out to eat at a restaurant than make their own food at home. Also, significance be damned, guns like the Liberator look like something found in a Kindergarten class not a deadly weapon, which, historically, has never been the way to gunowner’s hearts.

But in terms of what people know they are individually capable of in the manufacture of high quality defensive steel, the revolution is upon us.  Which seems like a funny word because in many ways, access to technologies and information like this represents more of a return to tradition—to a time where every man worth his salt knew how to cast his own bullets, resize his barrel, forge his own sword…

Then as now, information and what we do with it defines our character and we truly live in an age of Information.  This scares some more than others.