It took less than 10 seconds, but for a deputy sheriff making a routine traffic stop two months ago, it ended in horror – and it was captured on camera.

The video was taken by 27-year-old Montague County Sheriff’s Deputy James Boyd’s dashcamera. It shows Boyd pulling over a black sedan with Colorado plates on Highway 28 and matter-of-factly walking over to the vehicle. 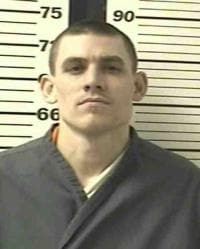 But within moments, Boyd is seen flailing, twisting and ultimately hitting the ground. He had been shot three times. Two bullets struck his bullet-proof vest and a third grazed his forehead. The gunman, Evan Ebel, a convicted felon, sped away. Luckily a passerby, an off-duty Johnson County Sheriff’s Detective, pulls over and calls for help.

Ebel was being sought for the death of Colorado Prison Chief Tom Clements and a Denver pizza delivery driver. The felon was later killed in a shootout thanks to Boyd’s description of Ebel’s vehicle. The deputy survived, making a full recovery.