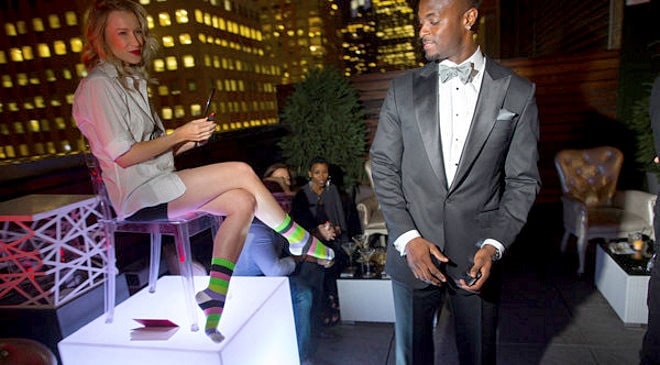 Plaxico Burress, illegal concealed-carry self-inflicted gunshot-wounded anti-gun spokesman and wide receiver for the Pittsburgh Steelers is (ha ha) kicking off a new line of high-end clothing. Sweatpants with a reinforced internal belt for IWB holsters? No, socks. Socks that stay up while holding an ankle holster in place? No, stripey socks.

Yes, Plaxico, the name synonymous with shooting yourself in the ass while drinking is attempting to glamorize his image with a line of premium under-shoe footwear. 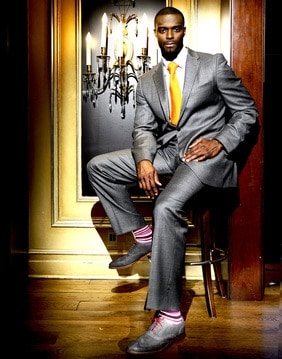 “The news release seemed like a punch line to an untold joke. Pittsburgh Steelers wide receiver Plaxico Burress, who spent nearly two years in prison after accidentally shooting himself in the right thigh through a pair of sweat pants while at a trendy New York nightclub, was set to host a rooftop party at, you guessed it, a trendy New York nightclub introducing his new men’s luxury hosiery line.

“In other words, a fashion accessory headlined an event Friday night that featured a tower of Champagne-filled glasses, a Maserati convertible and female models wearing nothing but white tuxedo shirts, Buddy Holly eyeglasses and Plaxico Burress Collection socks on their feet.

“The hosiery will retail for $24 or more a pair, and will be released to retail next month. To help promote the line, Burress has made the usual news media rounds and started a Twitter account, @PlaxicosSocks, which he uses to crowd source queries like: ‘I think I may have to design a special pair of Limited Edition Black and Gold sock. What do you think?'”

If you’re interested in picking up a pair or two head over to the Plaxico Burress Collection where you can consider joining the Sock Army. 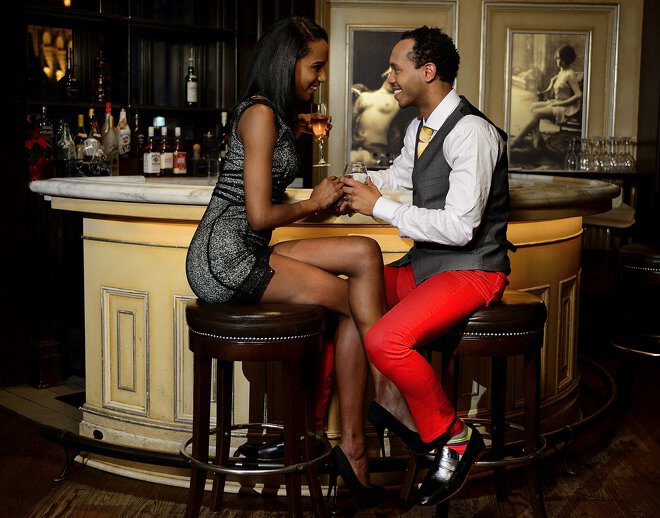 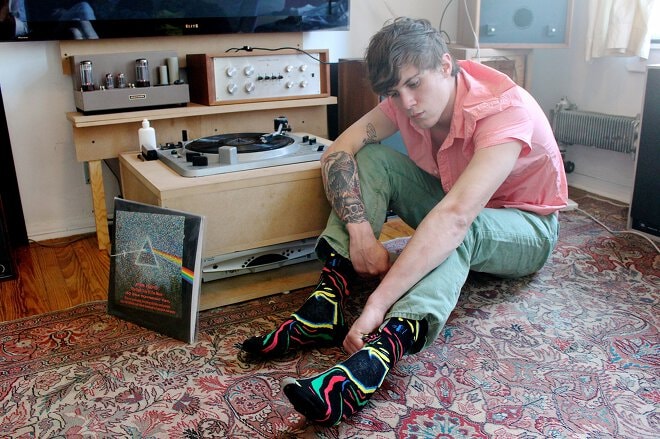 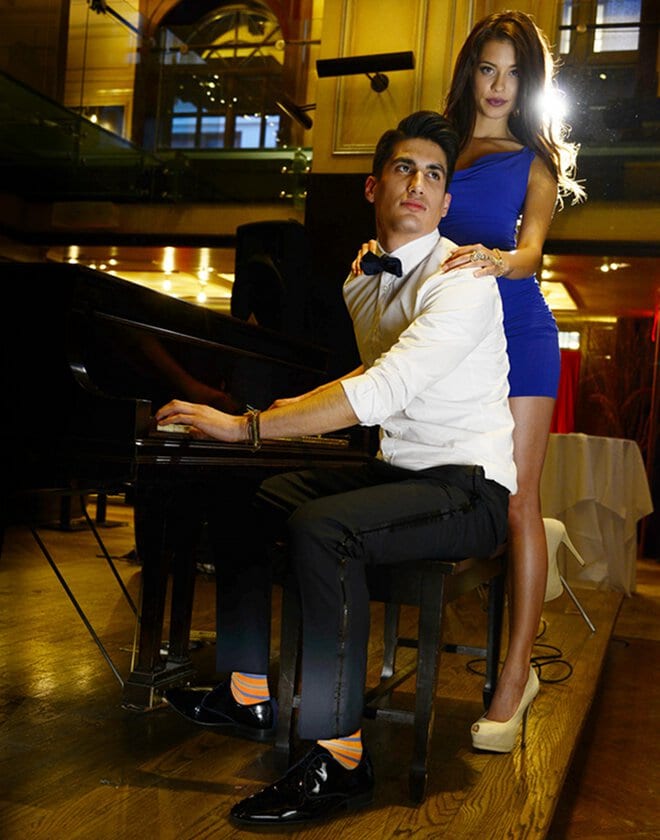 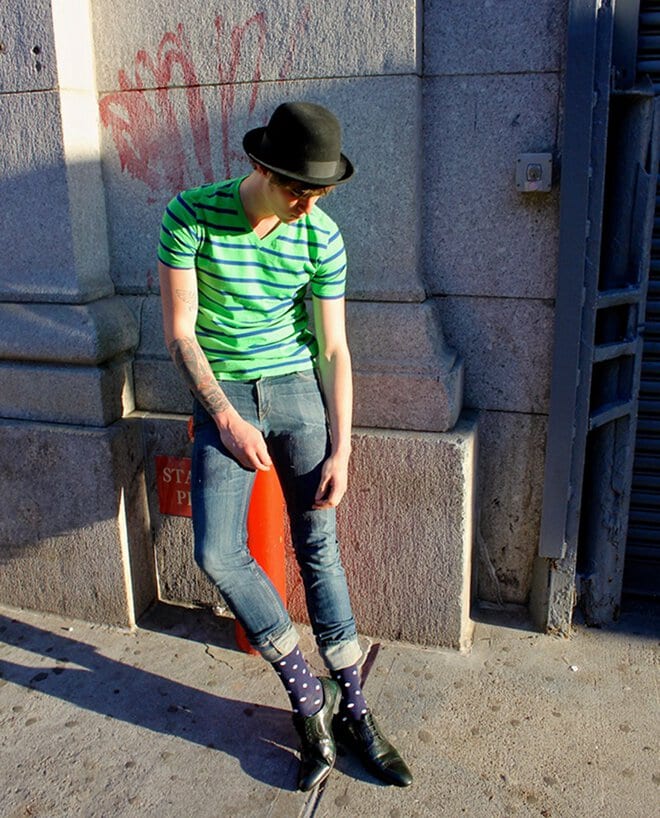 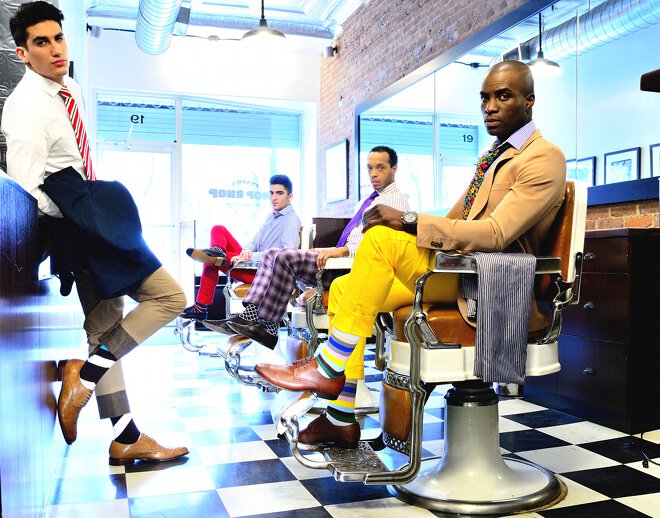 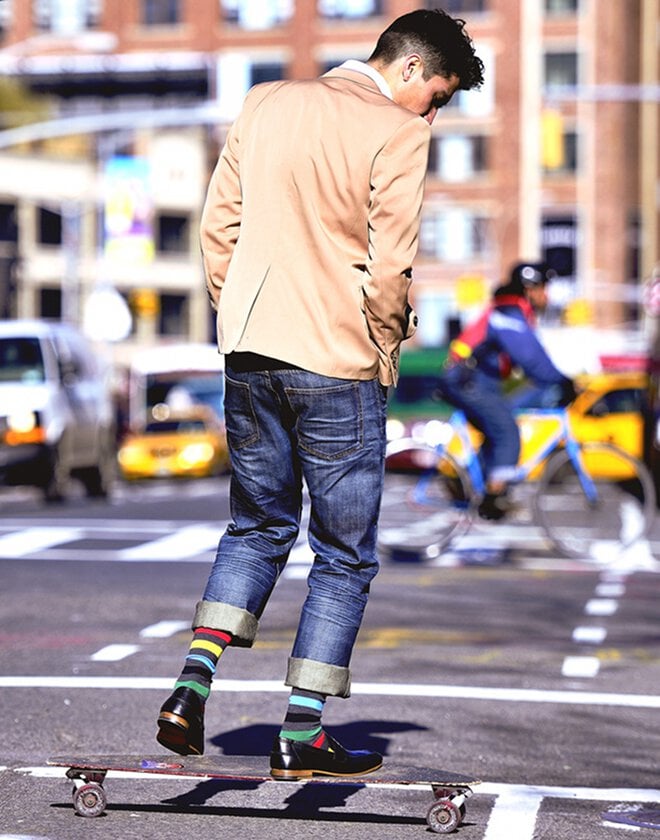 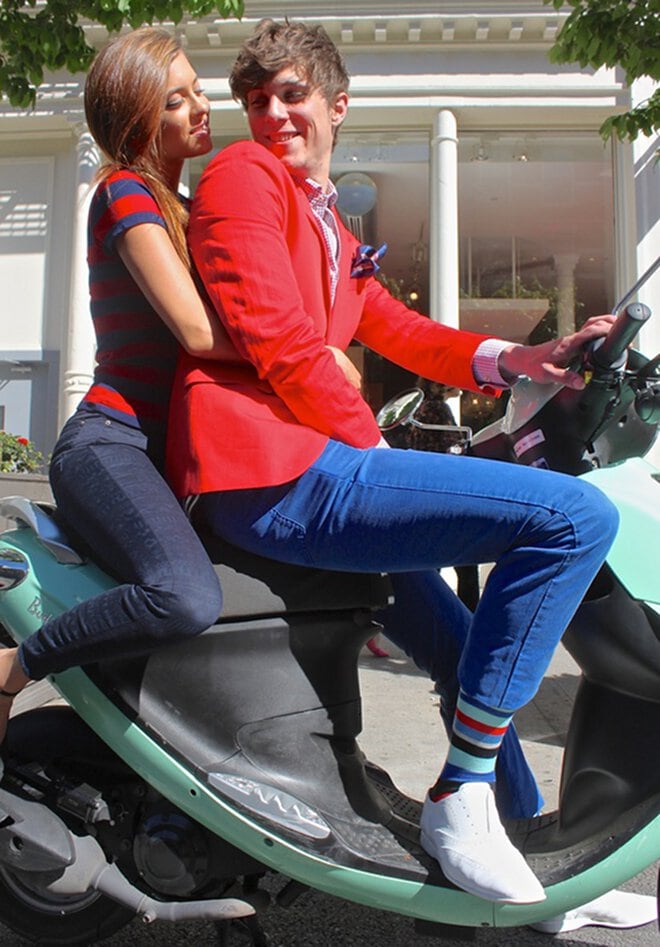 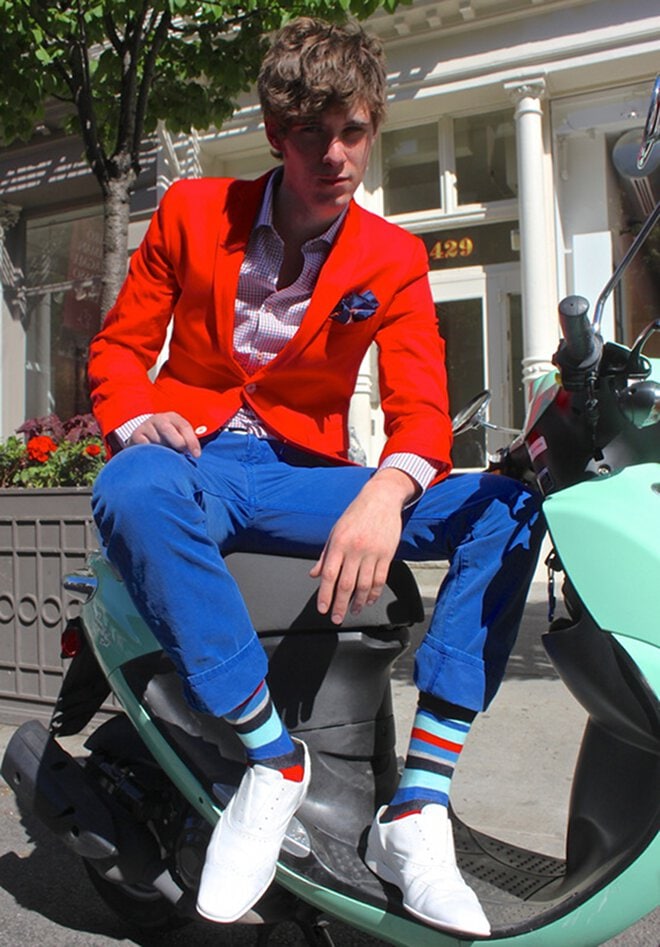 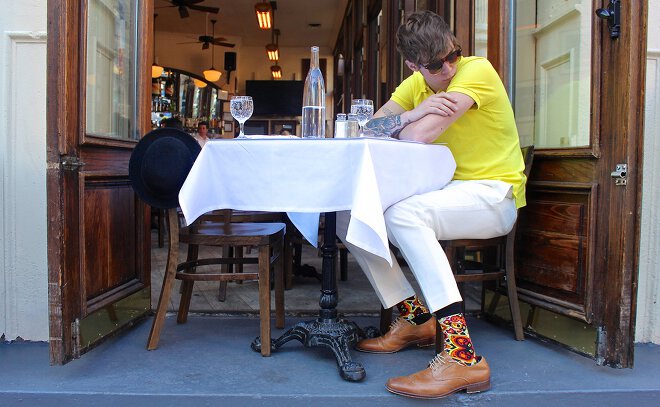 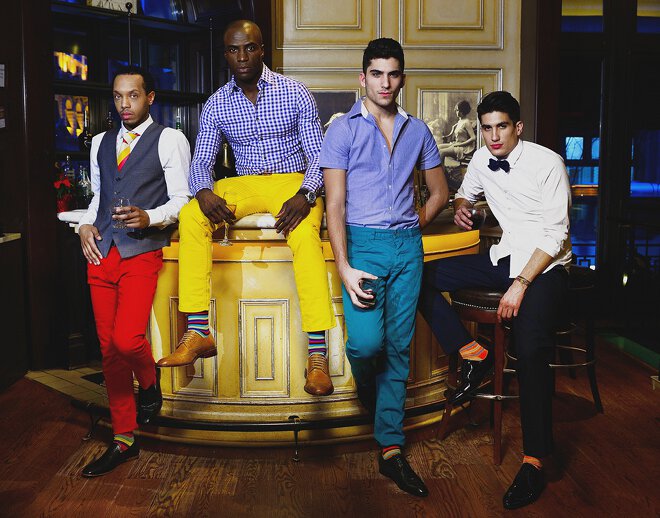 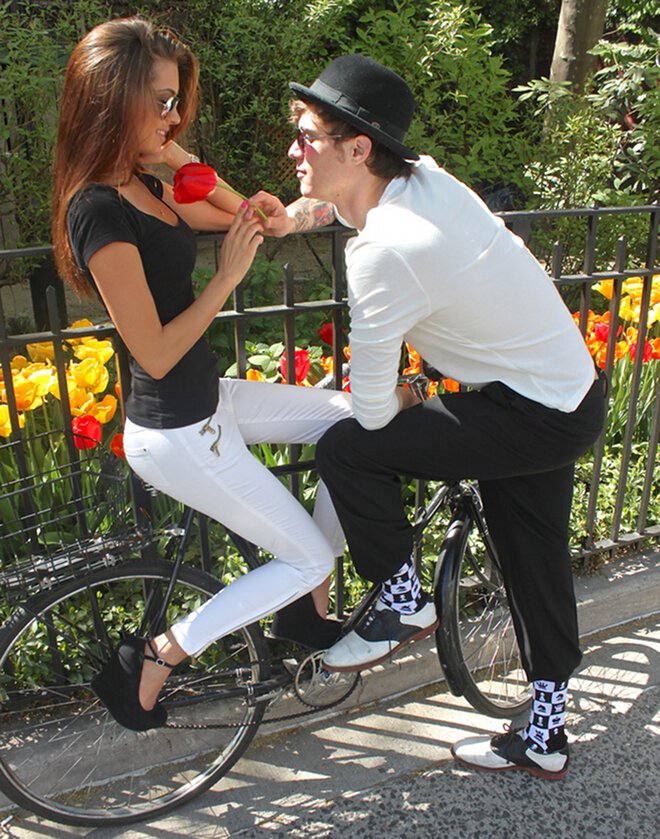 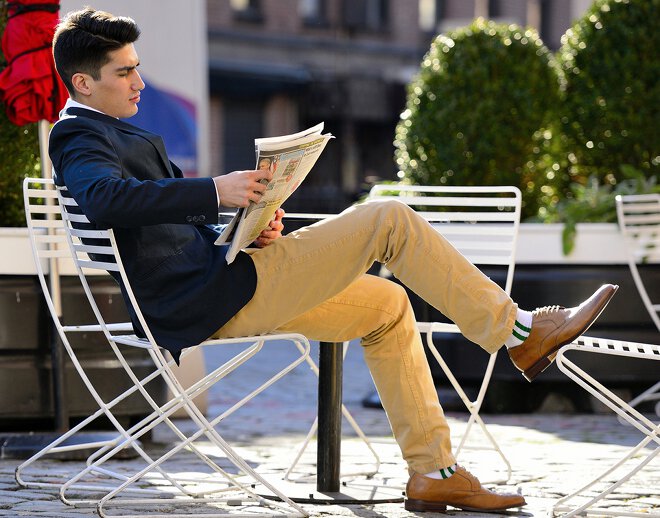 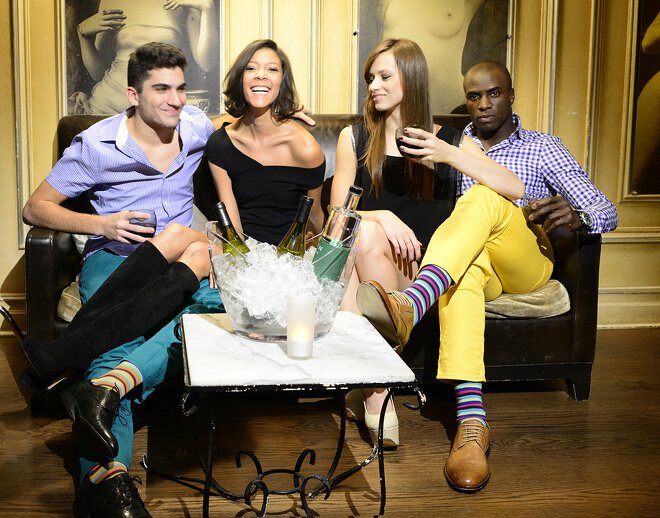 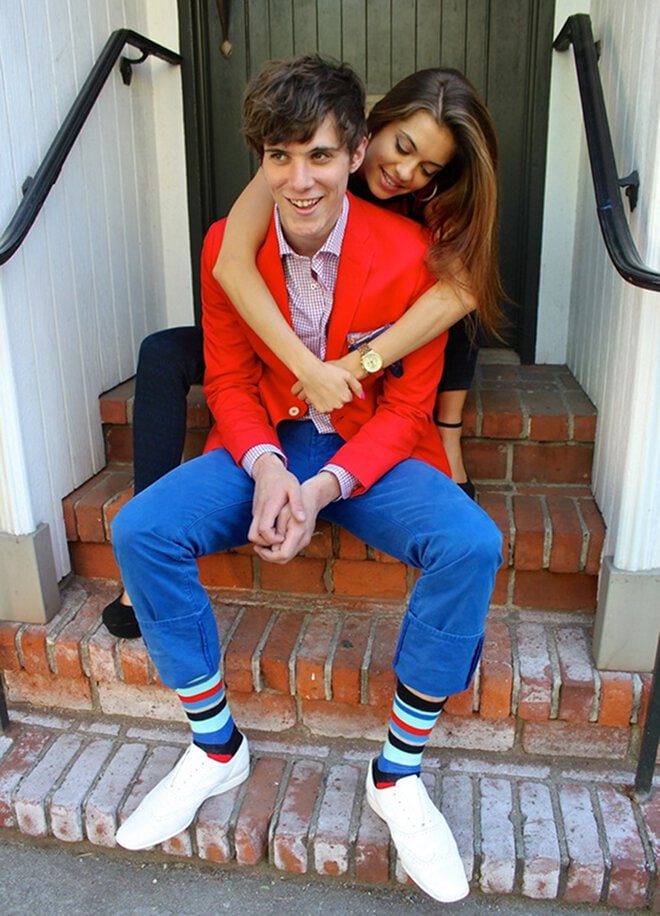