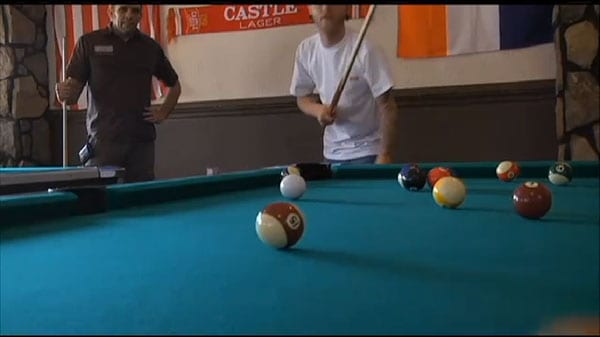 Lawmakers in South Carolina are currently reviewing a bill that, if passed, would allow anyone with a valid concealed carry license to carry a firearm into a restaurant or bar that serves alcohol. State law currently prohibits firearms from being carried into establishments which serve alcohol, and not everyone is happy about the proposed change.

Dirk Coetzee, owner of Kwagga Sports Bar, told a local news station, that while he personally feels that people should be allowed to carry either with or without a permit, when asked about allowing firearms within his own establishment though, his tone changed. “I don’t want to motivate people to carry guns in bars, I don’t think that’s a good idea. I think it’s better to leave it in your car if you feel you need it,” he said.

Sylvie Dessau of Moms Demand Action for Gun Sense, the same organization which recently scolded pop star Britney Spears for allowing her son to play with a toy gun, agrees that guns don’t belong in bars or restaurants. She explains, “If you have several people in a restaurant or bar who feel threatened and they have guns, when the police officers get there, who’s the good guy, who’s the bad guy?”

However, South Carolina Sen. Greg Hembree, who supports the bill, disagrees, “I have had more experiences with a concealed weapons holder doing the right thing than doing the wrong thing.” He also points out that by denying the right to carry into such establishments, the right to self-defense, their means of protection should a threat arise, is also taken away.

Barry Walker, chef and owner of Mac’s on Main agrees, and when asked if he would allow concealed weapons in his establishment he responded with, “Absolutely,” adding, “Come and rob Mac’s on Main if you want to see what happens.” A gun in a car of the parking lot at Mac’s would do nothing to stop a robbery.

Some are concerned about the effect of mixing guns and alcohol, a valid concern, indeed. Currently, it is a violation of the law for concealed carry permit holders to consume alcohol while carrying a firearm, as it is in most states, and a violation can result in your permit being revoked. That part of the law will not change.

Additionally, the bill will allow any bar or restaurant to make their own decisions about whether or not to allow concealed firearms within its doors. Business owners will have the option of posting “No Concealable Weapons Allowed” signs to prohibit customers from bringing firearms inside.

While some establishments will ban concealed carry to reduce liability that may fall on them, there’s an often overlooked element of any such establishment that’s involved in a shooting, whether it be legal or not. Bars or restaurants that are the stage for such acts, more times than not, close their doors after the incident. It’s a chance that some business owners, regardless of their own personal beliefs about Second Amendment rights, just may not be willing to take.

The bill made its way through the Senate last month and is now being reviewed by the House Judiciary committee, where it is expected to most likely pass.

Should firearms be allowed to be carried by those with a valid CCL in establishments that serve alcohol? What do you think?