Hundreds of Ariz. Police Officers Attend Kindergarten Graduation of Girl Whose Father was Killed in the Line of Duty (VIDEO) 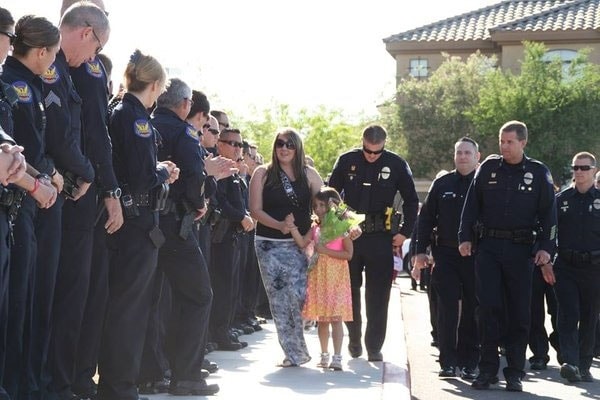 Hundreds of Arizona law enforcement officers turned out for an emotional show of support for the family of a Phoenix police officer who was killed in the line of duty over the weekend. They compiled what was described as a wall of blue, cheering on 5-year-old Tatum Raetz as she graduated from kindergarten on Wednesday.

Tatum’s father, Daryl Raetz, was killed in a hit and run on Sunday while conducting a stop for a possible DUI. He was a six-year veteran of the department and an Iraqi war vet. Family and friends say that he was excited to attend his daughter’s graduation in a few days.

According to the Phoenix Police Department, “We tried to keep this to Daryl’s squad and his precinct but the word got out that this was happening … there was absolutely no way that you could keep officers who could be here away from here. They came, even with their families.”

There are mixed reports of how many officers attended. Some say there were about 100 in attendance while others say it was over 300. Regardless of the number in attendance, there’s no denying that their statement was a powerful one. 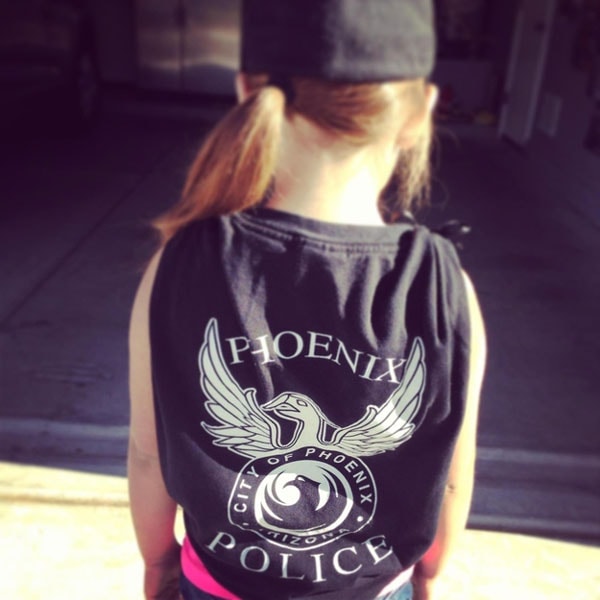 The graduation was standing room only and little Tatum received a standing ovation as she collected her kindergarten diploma. Officer James Holmes told AZ Family, “It was absolutely amazing. It was bittersweet and it was a bit overwhelming for all of us.” Some of the officers said that being there with the little girl and her mom and seeing their smiles, no matter how brief, helped to ease the pain of losing Daryl.

Member of the Phoenix Police Department Drug Enforcement Bureau and a friend of the Raetz family, Sara Garza expresses, “This is the most important thing that we could do is to provide support for the family. Tatum is an amazing little girl and Stephanie [Raetz’s widow] is a strong woman.”

Attending the graduation wasn’t the only way that the department showed support for the family either. The police and fire departments joined for a barbeque to raise money for the families of Raetz as well as Brad Harper, a firefighter who was also killed in the line of duty over the weekend.