Over breakfast Guns.com got cued into the existence of a new bolt action rifle coming to the world from Australia, called the Lithgow Arms LA101 Crossover.  The Firearms Blog reports that the new rifle is the product of a Winchester Australia and Thales (the primary defense contractor for the Australia Defence Force) partnership while the rifles will be made at the historic Lithgow factory (owned by Thales) in NSW, Australia. 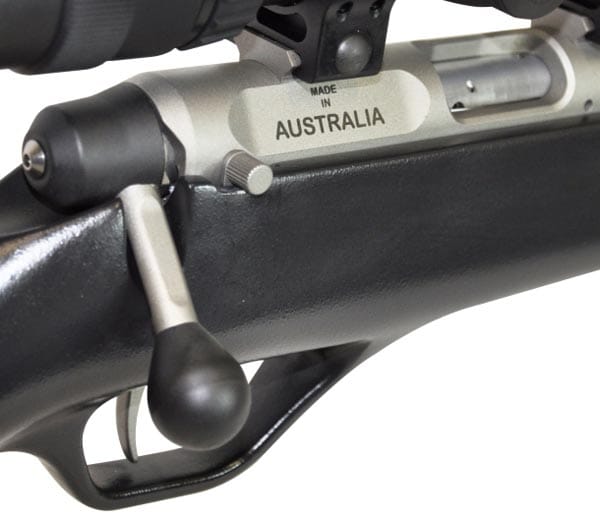 Close up of LA101 CrossOver’s bolt, clearly “Made in Australia”

The first triple-lug bolt CrossOvers shipped will be rimfires in .22 LR, .22 WMR and .17 HMR with centerfire variants chambered in .223 Rem and .308 Win following. Made from the same injection-moulded nylon as the new, Australian made EF88 military rifle, the stock and trigger guard are all one piece and the butt can be rested solidly on the ground for flat shooting over a bench or tripod while the pistol grip is steeply angled.  The fore-end seems a little wider than standard and likely also for flat shooting.

Lithgow Arms says these guns will hit shelves in Australia and New Zealand during the final quarter of 2013, but no word as of yet as to whether these guns will be headed to the U.S. — Lithgow Arms promised the launch of a new website today with more information on the release of this gun but as of the time of writing of this article, no additional details have been provided on this site.  Additionally, Chris Jenkins, CEO of the Thales Group which owns Lithgow arms, told Sporting Shooter, “We’re building on our proud military heritage to offer a new Australian rifle specifically for Australian customers” indicating an emphasis on domestic sales. 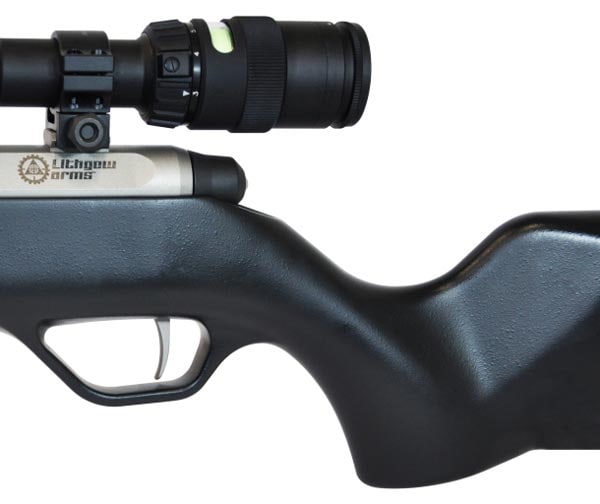 However, if we were betting folks (which we are) we’d say there is more than a good chance these guns will be washing up on American shores in the near future. Marketed specifically as a “tactical” gun, Steve Johnson at Firearms Blog made an astute observation about the gun’s steeply angled pistol grip sidestepping Australian export law, which forbids “tactical style rifles” (which sounds a lot like Australian for “assault weapons”).  Also, it will be distributed by Winchester Australia, who also along with Thales, has already brought their new brand of Australian Outback ammunition to States with success, so if history is any precedent the rifles are likely to become imports too. 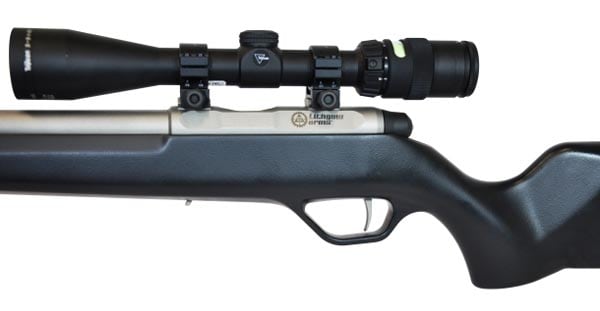 A purely Aussie designed, Aussie produced rifle has not been seen ‘down under’ or ‘over up’ for that matter on a civilian market for over four decades, meaning this new series of “tactical/hunting” rifles (hence ‘CrossOver’ we’re guessing) represents a bit of a shift for the historic Lithgow factory, which started during WWI and is best known for the hundreds of thousands of Enfield style rifles it produced for the British Commonwealth up until 1953.  Today, the factory makes FN FALs, Steyr AUGs and other military rifles; the new LA101’s heavy barrels will be made on the same machine as the ADF’s Austeyr rifles “the only such machine in the southern hemisphere”.

The guns will be officially unveiled this weekend at Australia’s SHOT Expo in Melbourne, so perhaps they’ll also unveil the rifles export status as well.  Either way, we’ll let you know…