Bring the smoke this Memorial day weekend; Break out your finest BBQ guns

This article originally ran on May 25, 2012 as “BBQ Guns: Bring your own smoke this Memorial day barbeque”.  It has been edited for content.

There was a time (and for many shooters that time will soon be this Memorial day weekend) that when gun folk got together for a shindig, they put on their fanciest hat and Sunday-go-to-meetin’ clothes which included their finest handgun in its nicest rig. It was at these gatherings that the BBQ gun was born and it is on this day of reverence and BBQs that we bring up the topic again.

Asking what a BBQ gun is, is sort of like asking what BBQ is, meaning it’s a loaded question and you’ll never get the same answer from two different people. To some, it is the nicest gun in terms of aesthetics and the highest in price. It’s that gun that just had to be engraved or sports the finest grips of either ivory or exotic wood. In these aficionados minds’, the gun has to be wearing the shiniest, nickel finish—the real life and potential life saver of the party. To most though, a good BBQ gun is just the nicest gun in your safe not necessarily the shiniest piece of iron that you own. 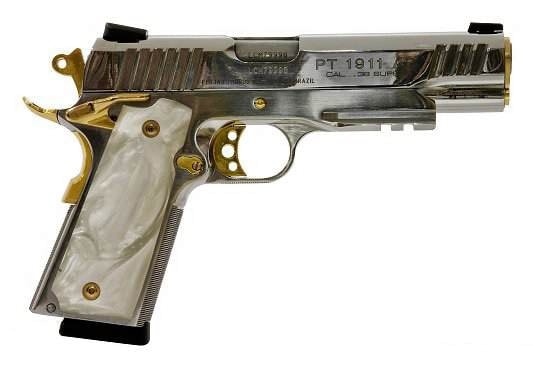 What do I call a BBQ gun? Well, up here in upstate New York where we also call them Turkey Shoot guns, I do think snazzy guns add up to BBQ guns.  But nowadays, it seems all guns are snazzy, at least in their own way.  So, I would also like to submit that perhaps what separates a true BBQ gun from any other gun in your arsenal is a lot like what simultaneously separates and unites a pork BBQ or any other beast roasted over a fire from each other. It’s the significance we, as individual American’s, attach to it.

To me, a BBQ gun is the first gun that comes to mind when you get the call (or email or letter) to come and party with your friends and family. It’s the gun you grab when you remember there is a “range” nearby your buddy’s house and there’s the potential for some shooting games. It’s a gun you want to share, but that you are protective of.  It’s the gun that you made realize you only wanted it to show it off.  Or simply put, it’s your pride and joy, be it a battle-worn rifle with barely any finish left or a custom engraved handgun that costs more than a down payment on a new car.

Like good regional BBQ, it’s the gun you chose that best represents you.

What about friends with pistols of the polymer-framed variety? Surely, those can’t be BBQ guns right? Well, if you feel the same way I do, then of course they can.

While I do prefer bluing and steel, I once had the opportunity to shoot a Glock 21 .45 ACP. On the outside, it looked like an everyday utility gun, but after it got a chance to stretch its legs it, I realized this “plastic gun” had a fun side too. It had been tuned and had a three and a half pound trigger, along with a few other little interior modifications. At 25 yards with factory ammo it certainly was the life of the party, at least until the full auto Thompson was brought out (legally owned and operated, of course).

The point is, someone put a lot of thought and care into the function of this weapon and therefore also it’s presentation (they had to basically take the gun away from me it was so fun to shoot).  If that’s not a BBQ gun, I don’t know what is.

My BBQ gun is a blued revolver and it sure does have some really nice grips on it, but it isn’t engraved or anything expensive fancy, it’s just a nice everyday working gun that is incredibly accurate and is a lot of fun to shoot (which can happen at a BBQ as long as no alcohol is flowing and the surroundings are right) because there is nothing like a good informal shooting session amongst friends. 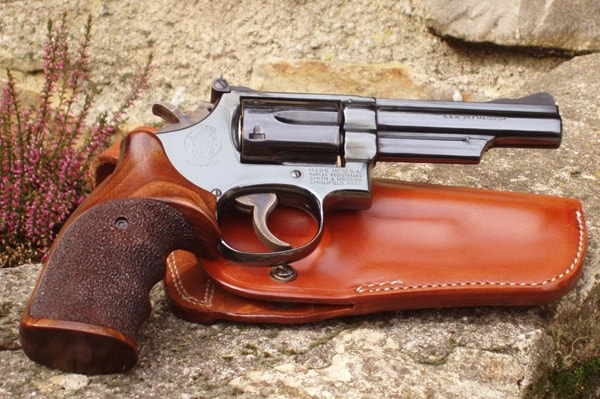 And that’s just it: the reason for BBQ guns ultimately isn’t really about who has the shiniest gun or the biggest, but about getting together with your favorite guys and their favorite guns and going out and celebrating what makes gun owners, us, and our country the greatest in the world. Good clean fun that you can’t find anywhere else on earth, over the smell of a good steak and an open grill. If it gets better than that, please let me know where.

So put on your best duds, fire up the grill and call some friends over for some fine food and a few rounds downrange. That is what it’s all about.