In a bold move to bolster support for Syrian rebels in their ongoing civil war, Sen. John McCain made a surprise visit to the war-torn nation yesterday.

The rebel forces reportedly confirmed that Syrian President Bashar al Assad’s used chemical weapons against his own people on several occasions. Apparently the former presidential candidate’s visit came at a critical time for the rebels, who’ve stepped up their call for U.S. support — including heavy weapons, a creation of a no-fly zone and targeted air strikes.

‘The visit of Sen. McCain to Syria is very important and very useful especially at this time,” said Gen. Salem Idris, the head of the Free Syrian Army’s Supreme Military Council. “We need American help to have change on the ground; we are now in a very critical situation.” 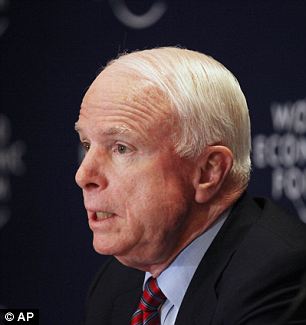 McCain’s visit began in Turkey, where he slipped across the border and entered Syria illegally. The coordinated event lasted several hours, with McCain calling for stronger U.S. support for the foundering rebels. ‘The U.S. does not have to act alone, put boots on the ground or destroy every Syrian air-defense system to make a difference,” said McCain.

Recalling his support for a U.S.-led effort to stop mass atrocities in Bosnia two decades ago, the Senator claimed the United States was uniquely positioned to help Syria as well.

“Taking these steps would save innocent lives, give the moderate opposition a better chance to succeed and eventually provide security and responsible governance in Syria after Assad,” McCain said. “However, the longer we wait, the worse the situation gets.”