Marines in Hot Water over “Demeaning” and “Offensive” Facebook Pages

A series of demeaning and offensive Facebook pages produced by members of the Marine Corps are coming under intense scrutiny from lawmakers across the nation.

Congresswoman Jackie Speier (D-CA) first learned of the pages on Tuesday when a former Marine alerted her to the derogatory postings. One of the Facebook pages in question, “F’N Wook,” features a female Marine putting a male Marine in a choke hold with the caption: “This is my rape face.” 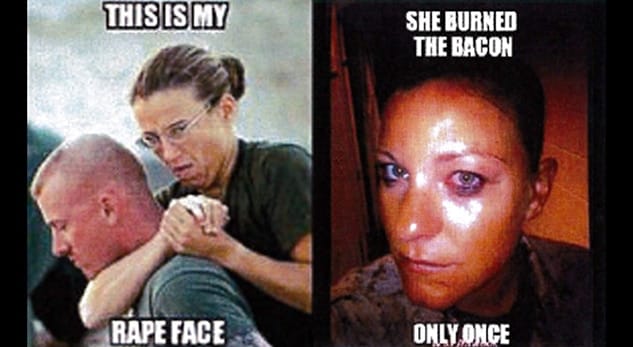 Speier has implored Defense Secretary Chuck Hagel to punish those responsible for the above pages — prompting the Marine Corps to issue a warning about online postings:

“Marines must use their best judgment at all times and avoid inappropriate behavior that could bring discredit upon themselves, their unit and the Marine Corps. This includes posting any defamatory, libelous, abusive, threatening, racially or ethnically hateful or otherwise offensive of illegal content.”

According to Capt. Eric Flanagan, a Marine spokesman, several pages have already been deleted and “appropriate action” has been taken by commanders of the active-duty and reserve Marines in question. In the past 10-years military personnel utilizing social media has grown exponentially, with the Naval Criminal Investigative Service notified immediately when any threats arise – although derogatory Facebook pages are a relatively new occurrence. 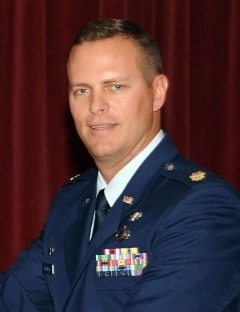 In light of recent sexual abuse scandals which have plagued the military, Congresswoman Speier claims the Facebook pages demonstrate “a culture that permits and seems to encourage sexual assault and abuse.” In her letter to the Defense Secretary, she writes, “many of the pictures imply women only advance professionally by performing sexual favors and otherwise promote the idea that women are inferior and only useful as sexual objects and sandwich makers.”

Apparently military officials have been cracking down on defamatory online postings for quite awhile – last year Marine Corps Sgt. Gary Stein was discharged after posting negative statements about President Barack Obama on Facebook, asserting the president was a “religious enemy” and the “domestic enemy” of the United States.