A 19-year-old boy was shot twice and is now in jail after he attempted to burglarize a neighbor’s home Sunday night in Rosenburg, a town about 40 miles southwest of Houston, Texas.

According to a report by a local ABC affiliate, Alejandro Arrona broke into a house across the street from his own home about 11 o’clock Sunday night. At the time, the house was unoccupied and only being used for storage, but while visiting with neighbors on a porch of a nearby home, Moses Sosa saw what he felt was suspicious activity at the house. He then called the police and the homeowner to alert them of the situation.

Minutes later, the armed homeowner, who remains anonymous, arrived at the house, where an altercation took place with Arrona, who was also armed. Sosa had also gone over to the house when he saw the homeowner arrive. He said that when Arrona pointed his gun at the homeowner, the homeowner pulled his own gun and shot Arrona in the shoulder and leg. 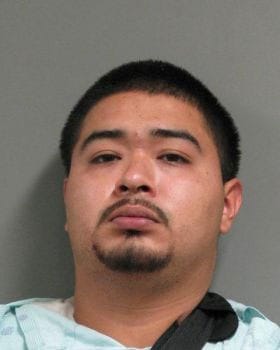 “He was a senior in high school. He was supposed to graduate this Friday,” Sosa told a Fox News affiliate.

Arrona, who is already currently on probation, was transported via med flight to a local hospital where he was treated for the non-life threatening gunshot wounds and released into police custody the next day. He is now charged with aggravated robbery, attempted burglary of a habitation and unlawful possession of a firearm by a felon.

According to a statement released by the Rosenburg Police Department, no charges will be filed against the homeowner, who was uninjured during the incident. The case will be forwarded to the Fort Bend County District Attorney’s Office for review and prosecution.

The homeowner did not wish to talk to reporters, but Sosa said that he’s shook up over the incident.

“He’s terrified right now. He had that gun for five years and he never had to pull the trigger until last night,” he said.

Sosa also said that although he doesn’t feel bad for Arrona because he had no business being over there in the first place, “Hopefully he learns his lesson now.”