The bump fire guru’s at Slide Fire Systems announced via Facebook last week that they are now accepting pre-orders on their brand new SSAR-22 bump fire kit for the much beloved Ruger 10/22 semi automatic rifle.

Drastically altering the aesthetic and function of the 10/22, the move from semi-auto AR, AK and Saiga platform conversions to the classic scout rifle seems a logical step for the young though fast maturing gun shop.

… this SSAR-22 conversion by Slide Fire.

Full SSAR-22 kits include a chassis for the receiver, SSAR-15 stock and a 3-pound drop-in match trigger that can be adapted to both right and left-handed shooters and extensively uses high strength polymer. These retail for $449.95 (and yes, they come with a BAFTE approval letter).  For those lucky gunners who already own Slide Fire’s patented SSAR-15 stock and upgraded trigger, a partial kit will also be offered as the TAC-22 which includes the chassis and a standard AR-15 style adjustable stock and pistol grip.  This system costs $149.95. 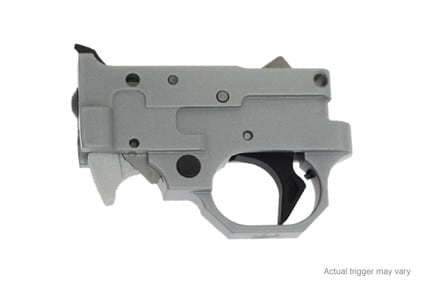 Though the concept rubs some the wrong way, Guns.com can attest to the fact that Slide Fire is a firm dedicated to turning bump fire into a science.  With conversion kits for ARs coming out as early as 2011, these American made products take bump firing from the hip to eye level, allowing users to properly aim and correct when shooting.  They also boast a CEO/design team that had combat experience with U.S. forces in the Balkans, where we’re sure they got to see the bump fire principle executed in the field with varying degrees of success.  Unlike a lot of homebrew jobs though, Slide Fire maintains their installs will not permanently modify your rifle. 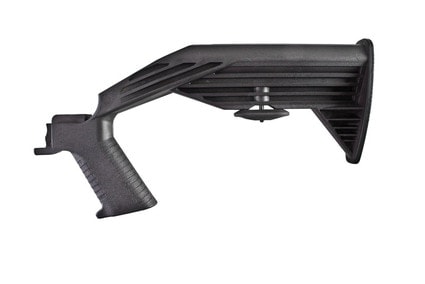 The Texas based company made a big impression on us (and from the line we were standing in, on many) at their 2013 SHOT show live fire demonstration during Media Day.  The install effectively prohibits the user from depressing the trigger in any normal manner, instead guiding the trigger finger along the polymer covering the assembly.  To fire a round, the shooter pulls the upper assembly forward while keeping their trigger finger across the chassis, almost as if slam firing a shotgun but not quite.  To continue firing, the shooter simply maintains the proper forward pressure and stance as the recoil bump fires rounds in rapid succession.

The device therefore greatly increases your trigger pull speed rather than allows for fully automatic fire and so it’s exemption from the full auto ban and Hughes Amendment. 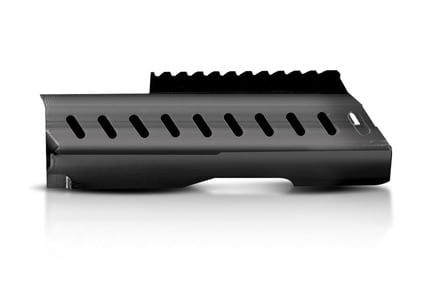 On Guns.com’s first use of the Slide Fire system (we shot both an AR-15 and AK-47), we have to admit the experience felt pretty alien and it took us about five to 10 minutes to find that continuous fire ‘sweet spot’. It’s easy for the untrained to “lose” the momentum that makes the bump fire possible and, with the instinct to pull the trigger firmly engrained, at least one of us found it quite frustrating when they were unable to fire the gun.

That said though, the firing limitations are a practice not a design issue; this is a serious weapon with serious capabilities, not some toy or novelty. Indeed, we found that only after a couple of magazines we were capable of about three-round bursts and had control of the cone of fire down range.

With enough range time, Slide Fire could fill a niche in your home defense arsenal otherwise lacking under the law and though we imagine a select fire weapon would be preferable in almost any full auto aficionado’s estimate, in 2013 we’ll take what we can get.