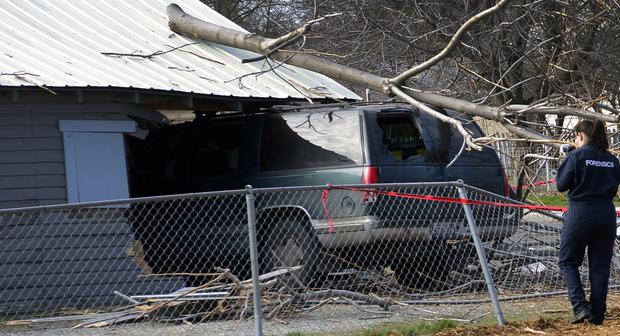 The stolen SUV was a Chevy Suburban. (Photo credit: The Spokesman-Review)

A Spokane, Washington man is facing eight to 10 years in prison since being charged with first degree manslaughter after he shot and killed a man who was stealing his car. Needless to say, it’s a decision that has stirred quite a bit of controversy.

The incident in question happened on the morning of March 25 when 56-year-old Gail Gerlach was getting ready to take his wife to work. He had started their 1997 Chevy Suburban and left it running in the driveway at their home, only to discover 25-year-old Brendon Kaluza-Graham taking it from the driveway.

Gerlach, who has a valid concealed carry permit, chased the SUV before firing a single shot through the back window, striking Kaluza-Graham in the head, causing the SUV to crash into a nearby neighbor’s garage. Gerlach immediately returned home and called 911.

A responding officer stated that while they were waiting for investigators to arrive on the scene Gerlach questioned his actions, “While we were waiting, Gail was talking about how scared he was and that he did not know if he did the right thing or if he should have just walked back into the house. He said several times, he hoped the person was not hurt.” But the single shot from his 9mm, which was called a one in 1,000 chance, traveled through the window, then a baby seat, and finally through a headrest before fatally striking Kaluza-Graham in the back of the head, killing him almost instantly. 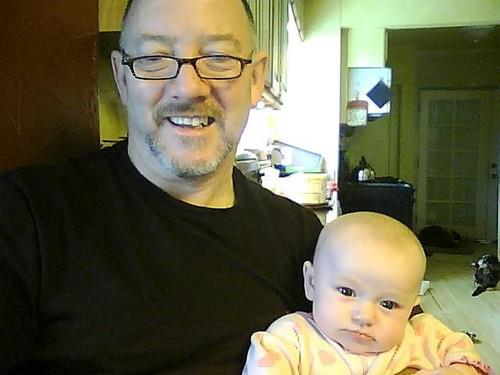 Gail Gerlach, 56, has a Facebook page dedicated to his defense.

According to the Washington state laws, the use of deadly force is only permitted when there is a threat of immediate and imminent physical danger. While Gerlach does say that he thought Kaluza-Graham motioned as if he had a gun, Tucker argues that not only was Kaluza-Graham driving away at the time, meaning he was not an immediate threat, it’s also impossible that Gerlach could have seen through the vehicle’s tinted back windows of the SUV well enough to see any kind of hand motion Kaluza-Graham could have made in the driver’s seat.

Tucker went on to explain the justifiable use of deadly force, as defined by the state of Washington: 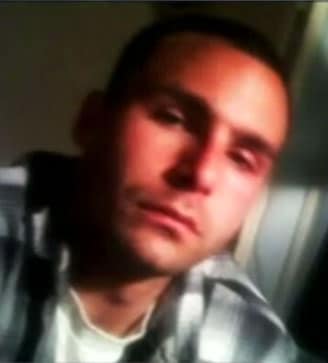 Brendon Kaluza-Graham in a photo posted on Facebook in October 2012.

“You can defend your property. You have the right to defend your property. But, you can only use force when it’s necessary and it has to be reasonable. … When it rises to deadly force, when there’s a gun involved, you have to feel you’re in imminent danger of being substantially injured or someone else is in danger of being injured. The danger has to be imminent; it has to be now. Then deadly force is allowed. Until then, deadly force is not allowed. Necessary force doesn’t rise to that when someone is stealing property unless there’s an imminent threat to yourself or someone else. Every case I’ve looked at has some different variable. If they’re inside the house and they’re stealing stuff? You might feel like you’re in imminent danger a lot sooner, than when they’re out stealing something in the yard. It’s all different, and it’s a split second decision you have to make but the danger has to be there before you use deadly force.”

Laws concerning the use of force in self-defense and protection of property vary greatly from state to state. In fact, some states not only have a Castle Doctrine Law to protect those who use deadly force while protecting their homes, but in a couple of state the “castle” also extends to include a vehicle within those laws. Washington state, however, has no such law.

Kaluza-Graham’s grandfather said that while the actions of Kaluza-Graham are inexcusable, he does not believe that him being shot and killed over the incident was justifiable. His grandmother, who she was trying to find him a job, agrees. She called him a “sweet kid” who was trying to turn his life around.

“He was much loved. I know taking the car was wrong, but it’s not a capital crime he needed to be executed for,” she said.

No firearms were discovered in the SUV. However, police did recover two sets of shaved keys, a flashlight and a screw driver on Kaluza-Graham, who has been arrested in the past for possession of stolen vehicles.

Gerlach’s arraignment has been set for June 12. Since he is not considered a flight risk or a danger to the community, he will most likely be allowed to remain free until his trial begins. According to a statement from his lawyer, “Mr. Gerlach is disappointed in this charging decision. He is looking forward to resolving this matter in court.”

Gerlach also told Detective Ben Estes, “[I] wish I could live it all over again.” After Estes asked why, Gerlach states, “20/20 is hindsight.”

No doubt, it’s an unfortunate situation for all of those involved.