One teen dead, another in custody after an attempted robbery with an airsoft gun 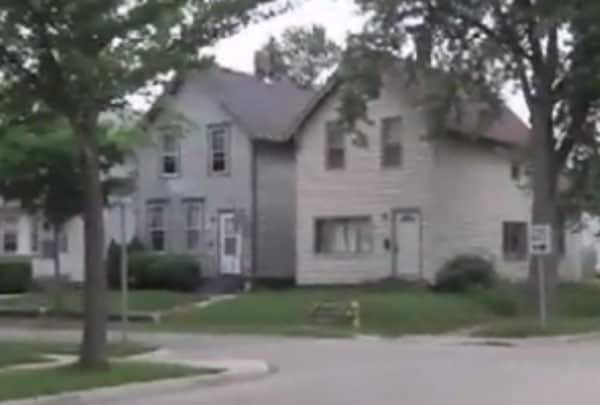 An attempted robbery by two teens Saturday night in Fort Wayne, Indiana, left one teen dead, another in jail and both empty-handed. Their would-be victim was armed with a .40-caliber pistol and when his safety was threatened, he opened fire, shooting and killing one, while the other ran off, the Journal Gazette reports.

It was right at 11 o’clock Saturday night when the resident, who has not been identified, walked outside and down the steps in front of his apartment home. According to the statement released by Sgt. Mark Brooks of the Fort Wayne Police Department, the two teens then approached the resident and attempted to rob him. He responded by firing four shots, hitting one of the robbers in the chest. The resident immediately called 911. First responders attempted to revive the man who was shot, but he was pronounced dead on the scene.

Blake Stoneman, 21, lives in the same apartment house where the incident occurred. He said that he heard the gunshots, followed by screams, and ran outside to check on his girlfriend who had just left. His girlfriend was safely out of the area, but instead he found his neighbor who explained that he had just shot a man who tried to rob him.

According to Stoneman, “He said, ‘I need to go call 911; can you keep an eye on this guy’? and there’s just a guy laying there motionless.” He added that his neighbor “wouldn’t hurt a fly unprovoked, so it was definitely in self-defense.”

Stoneman, who has a two-year-old child, says that he is considering moving out of the apartment. “Just with the initial shock and paranoia, it seems right to move and it seems there’s not a lot of places you can go that are safe in Fort Wayne,” he said.

And he’s not the only neighbor that feels that way either.

Tyler Junk and his fiancée, who both live in that same apartment house, moved out Sunday following the Saturday night incident. Although Junk admits, “I carry a gun myself, and if it was me, I’d have done the same thing,” he says he still worries about having to face the same or a similar situation as his neighbor did on Saturday night.

Junk, who often likes to relax on the same front steps of the apartment where his neighbor was almost robbed, said that he talked with him after the incident and according to Junk, his neighbor said that before he shot the would-be robber, the two got into a scuffle. He said that the teen attacked him, beating him on the head and when he tried to yell for help, his attacker tried covered his mouth. It was then, with his one free hand that the resident reached for his firearm and shot him, although Brooks would neither confirm nor deny that account.

However, Brooks did confirm that a weapon was found near the body of the man that was shot, but a report released today confirmed that one of the robbers carried an airsoft-type handgun. Although police have not said whether this was the weapon that was originally mentioned or if there was another involved. It is unknown at this time whether the resident knew it was an airsoft gun.

Authorities also said that the resident suffered from a gunshot wound to the foot. He was treated at a local hospital and released and is said to be recovering and in good condition.

The county coroner’s office also released today the name of the man who was shot. He was identified as 18-year-old Jaquese N. Dandridge of Fort Wayne. His accomplice, a 16-year-old whose name has not been released, is also now in custody. Authorities said that during the investigation they came across information that helped to identify the second suspect, and police arrested him yesterday without incidence.

The shooting has been ruled a homicide, but appears to be justified as self-defense. “If someone tried to rob you on your front porch … you could be justified in using force to protect yourself, including deadly force,” Brooks stated.

The investigation is ongoing as a cooperative effort of the police department, the prosecutor’s office and the coroner’s office.