The M50 Reising Submachine Gun: H&R does a subgun (VIDEO)

You have heard of the M3 Grease Gun, the M1 Carbine, the Garand, the Tommy gun, and almost every other firearm that the US military used in World War 2. Nevertheless, one gun you may not have heard of is the quirky little series of subguns produced by H&R.

These guns, named after their inventor, Eugene Reising, were one of the great shouldn’t have beens of the War. 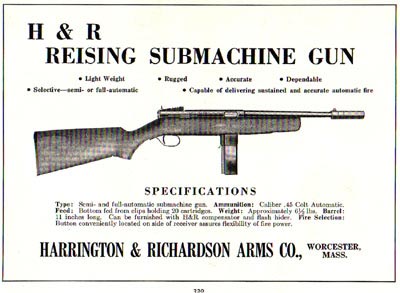 In 1940, with the clouds of war gathering on the horizon every arms engineer was looking to build the next great gun. Eugene G. Reising came across the idea to produce a simple submachine gun that could be made cheaper that the then current issue Auto Ordnance M1928A1 Thompson.

The Thompson was a beautifully brutal weapon that was made famous in the Prohibition era. The problem with the Thompson was that it was a heavy beast, at nearly 11-pounds empty. Furthermore, beauty was expensive—making the Tommy gun almost $225 per copy, which, over $70 years ago, was a sizable sum. Reising was a pretty clever engineer and had previously worked with John Browning on several designs. He thought he could do better than the Tommy gun and started work on his design.

The Design of the Reising 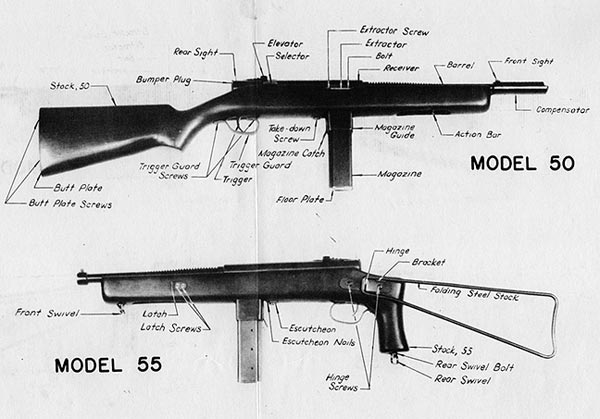 Using a wood-stock and furniture to hold a short-barreled delayed blowback weapon, Reising’s gun outwardly resembled the Thompson but looks were where the similarities ended. The Reising, unlike the Thompson, fired from a closed bolt and the cyclic rate attained was much higher at over 700 rounds per minute. Instead of the large magazine capacity of the Thompson (up to 75-round drums), the Reising took only 12 or 20-round box magazines of .45 ACP ammunition. The cocking handle, rather strangely, was recessed underside of the fore-end and required the user to tilt or even flip the gun to chamber a round. Overall length was 37-inches with an 11-inch finned and compensated barrel.  Weight was kept down to 6.8 pounds. 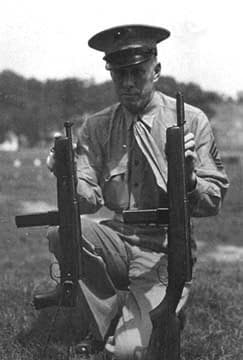 Reising on the test range.

Reising approached Harrington & Richardson about manufacturing his carbine who calculated that if the weapon was placed in full-scale production, they could be made for about 25% of the cost of the Thompson.

Dubbed the M50, the H&R-built test models were placed in the hands of the Army and Marines purchasing agents as the war loomed. After a bare minimum of range testing, the M50 and its slightly shorter folding-stock brother the M55 were being sent overseas to Navy and Marine units in combat. The folding stock version was issued to paratroopers, vehicle drivers and others while the standard version was placed in the hands of NCOs and special troops.

A 3-cell canvas and later a 5-cell magazine pouch was developed for the Marines and issued for use alongside the weapon. 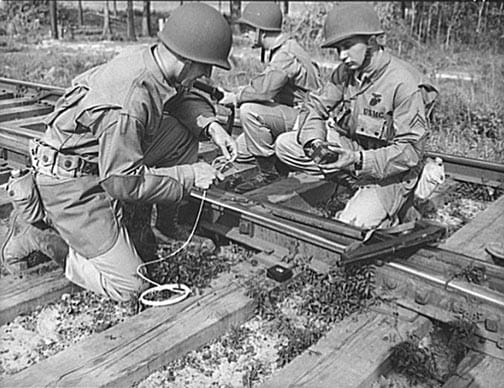 Reising in the field.

and the grunts on the line were the beta testers.

The gun was overly complex, hard to maintain, and very unforgiving. The troops were often issued them only days before taking them into combat and sometimes fired them for the first time on a battlefield. In the green hell of Guadalcanal, Marines found themselves with Reisings that were so rusty and jammed that they would not function. Armorers who had piles of inoperable guns couldn’t fix them as spare parts would not marry up and each had to be hand-fitted almost from scratch.

By 1943, the gun was pulled from combat. At that stage of the war, the M1 Carbine and M3 Grease Gun were readily available to front line troops and the quantities of Reisings on hand were diverted to State Defense Forces, the Coast Guard’s Beach Patrol Units, and state-side MP companies. 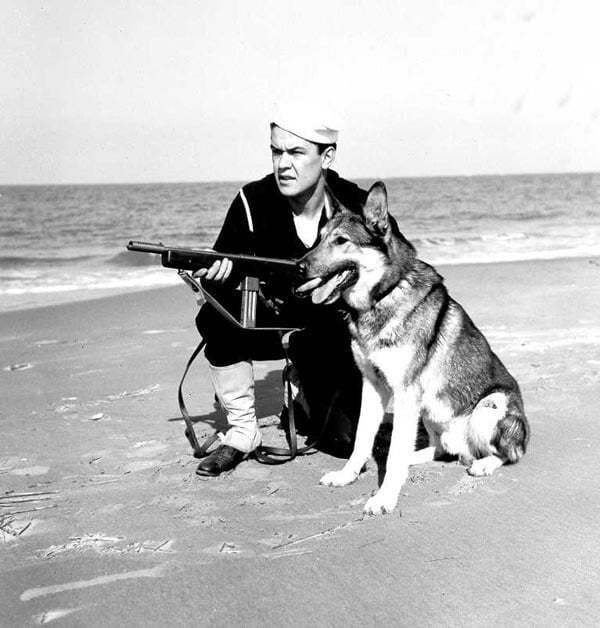 Between 1940-45, H&R made more than 120,000 M50 and M55 submachine guns. These were a mix of 20,000-blued commercial models with 28-finned barrels and the remainder parkarized military models with 14-finned barrels. Only a small portion of these saw combat and most were rapidly given away after the war. If properly maintained and used under clean conditions (i.e. not the jungles of the Pacific) the weapon can be very functional, accurate, and reliable. 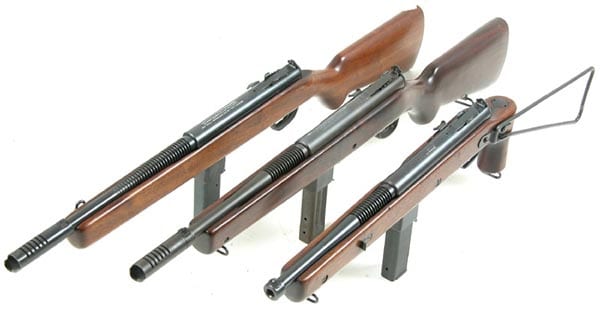 Throughout the 1950s and 60s many of these Reisings were passed on to state police and prisons for use by law enforcement. H&R kept the tooling around for these guns for decades making spare parts and the occasional runs for foreign sales. This singular fact has meant that many Reisings survived to live long lives. On the Class III scene they are today one of the most frequently found bargain guns at about $4500 for working and transferrable Reisings. While this is still a high figure for many shooters, when you compare the price of a Class III M1928A1 at $10,000, the Reising is a two-for-one sale.

From 1944-46, H&R manufactured a semi-auto only version of the Reiseng. With a 18.5-inch barrel it was marketed for police and security sales (unsuccessfully) and very few (about 3500) were made. These are not Class-III weapons and run from $1100-1600 when found mostly due to their collectability.

Overall, if the Reising would have had a longer development cycle or had only been used by support troops and home guards, it may have had an entirely different reputation. As it happened, this was not the case.