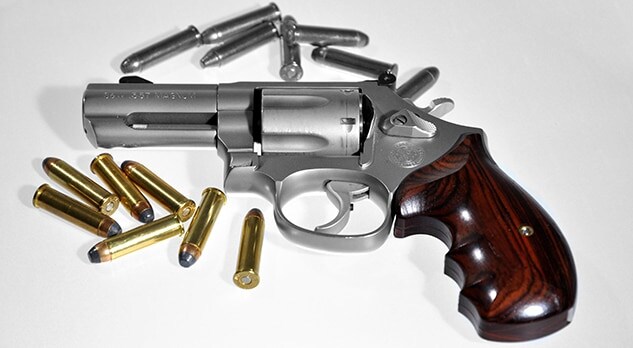 The father of an 11-year-old boys claims his son was suspended for 10-days for simply talking about guns on a school bus.

Bruce Henkelman of Owings, Maryland said it all started when a bus driver overheard his sixth-grader discussing the Sandy Hook School shooting.

“He said, I wish I had a gun to protect everyone. He wanted to defeat the bad guys. That’s the context of what he said. He wanted to be the hero.”

And apparently that’s all that was needed to hand down a suspension to the boy from Northern Middle School. The school’s principal and a sheriff’s deputy questioned the boy and his father following the bus debacle – but Henkelman claims it didn’t end there.

“He started asking me questions about if I have firearms, and [the deputy said] he’s going to have to search my house. Search my house? I just wanted to know what happened.”

Although the search was never conducted and the whole incident unfolded in December, Henkelman is just coming forward now – leading some to question the veracity of his claims.

The American Civil Liberties Union (ACLU) contends that the boy was mistreated by the school. Initially the child was suspended for 10-days, but it was later reduced to one.

“It’s appropriate for school officials to investigate when there is a concern about student safety,” said ACLU staff attorney Sonya Kumar. “But based on what’s been described to us, once the school official concluded that all the young man wanted to do was to be safe at school and that he posed no risk to anyone, the suspension was really inappropriate.”