A Florida man gunned down three of his co-workers after they made fun of his lack of shooting skills Sunday. 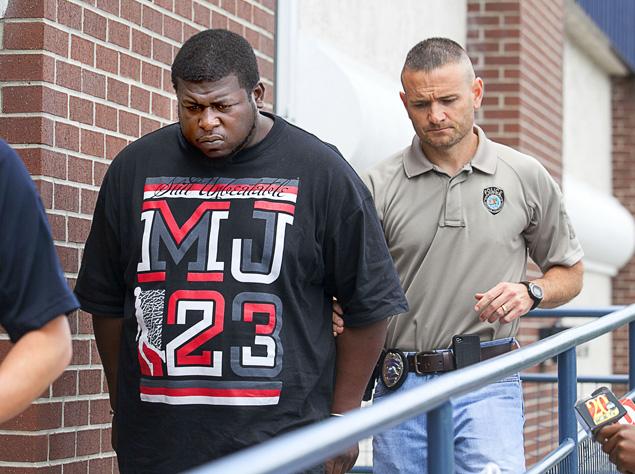 Andrew Joseph “Punchy” Lobban has been charged with three counts of murder following the weekend altercation. The suspect claimed he only meant to hit Josue “Sway” Santiago because he felt “punked” after a video mocking his shooting skills ended up online.

In the video, Lobban is apparently at a shooting range where he points his gun downrange, tries to fire and it misfires. The video was then posted online and Santiago shared it with Lobban’s friends and co-workers. Police said they laughed and teased him about it.

The shooting incident occurred after Lobban, a bouncer, had been drinking at AJ’s Bar in Ocala. He suddenly pulled out a 9mm handgun from his pants and opened fire as the establishment was closing.

According to Lobban, the teasing “really bothered him.” The other two victims, Benjamin Larz Howard and Jerry Lamar Bynes Jr were shot once in the head and were apparently collateral damage. One of the three men died at the scene, the others passing away at the hospital.

Although friends describe the suspect as a “joker” who “always had a smile,” he openly admitted to taking revenge for the humiliating video and fleeing the scene.