On the last day of its spring session, the Nevada Legislature passed a comprehensive expanded background check bill that will now head to Republican Gov. Brian Sandoval’s desk where it will be vetoed, a spokesperson for the governor has said.

Senate Bill 221, which would require criminal background checks for virtually all gun sales, even those made between private buyers and sellers, cleared the Assembly on Monday by a vote of 23-19. It had already been approved by the Senate by a narrow margin of 11-10. 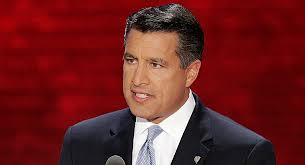 Sen. Justin Jones (D-Las Vegas), the bill’s main sponsor, told the Associated Press that he was “proud and humbled” by the Assembly’s decision to approve the bill.

However, when it was confirmed by Sandoval’s spokeswoman Mary-Sarah Kinner that the governor did not plan on signing the bill into law, Jones had a more reserved and defeated tone, stating, “At least I’ll feel like I didn’t sit on my hands this legislative session.”

Many of those who opposed the legislation claimed that the only reason it passed in the first place was because of New York City Mayor Michael Bloomberg’s pro-gun control organization, Mayors Against Illegal Guns, was bullying state lawmakers into supporting the bill.

Bloomberg-backed lobbyists were allegedly threatening to run attack ads against lawmakers who did not vote for the measure while also promising to dump money into their opponents’s campaigns during election season. This political strong-arming resonated with at least one lawmaker.

“This may very well be my last election because of my vote today,” Assemblyman Richard Carrillo (D-Las Vegas), who voted against the measure, told the AP. “They [MAIG] have deep, deep pockets.”

Indeed, Bloomberg certainly does have a lot of money to throw at this cause. In fact, now Bloomberg is putting the pressure on the governor, trying to get him to change his mind, to flip and sign the bill into law.

“Our bipartisan coalition – led by our Nevada mayors – urges Governor Sandoval to join the overwhelmingly majority of his constituents in supporting this commonsense measure,” said Bloomberg in a statement. “Signing this bill into law will help keep guns out of the wrong hands and save lives.”

So, what happens now?

Well, if Sandoval stays true to his promise and vetoes SB 221 then the state Legislature can override his veto with a two-thirds majority, but since the bill barely cleared the Senate by a vote of 11-10 the first time around, it’s unlikely that this scenario will play out.

Consequently, if the veto is upheld, which is the most probable outcome, then SB 221 will be dead in the water and another expanded background check bill would not be allowed to be considered by the Legislature until 2015.  This would certainly be a win for the National Rifle Association, which has staunchly opposed the measure.