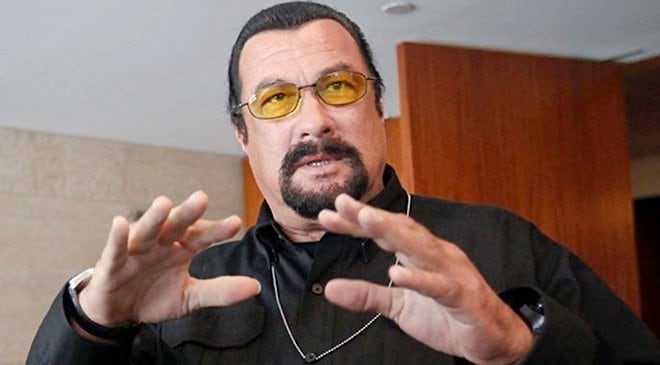 World-renown small arms designer Mikhail Kalashnikov — inventor of the iconic AK-47 — is giving his blessing to the merger of two of Russia’s largest and oldest arms manufacturers, Izhmash and Izhevsk/Izhmech.

And more importantly, he’s giving them his name. For free.

With an estimated brand value of $10 billion, the Kalashnikov name will now be synonymous with the majority of Russian small arms, and Kalashnikov isn’t asking for royalties.

“Mikhail Timofeevich [Kalashnikov] is a patriot, a true patriot. Not a single word was said about a payment,” said factory manager Konstantin Busygin.

The Kalashnikov brand won’t be limited to small arm this time around. Kalashnikov’s legacy and branding will expand to cover all sorts of new consumer goods, “Anything from household chemicals to hats, suits, shoes, handbags — anything you wish,” Busygin added.

If these new products are half as popular as the firearms are, then they’ll have no problems selling Kalashnikov wares, anywhere in the world, even  in the U.S.

“I’m happy to support the decision to establish a concern ‘Kalashnikov.’ It’s an honor for me! After all, my name does not belong to me anymore, it has already become the property of the whole country, all Russians,” Kalashnikov said  in a statement to the Izhmash press secretary. 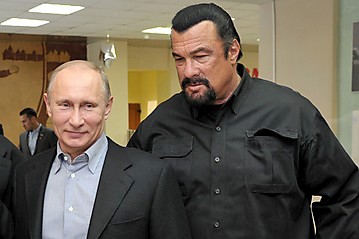 Izhmash and Izhevsk/Izhmech aren’t the only Russian entities getting new representation. The Degtyarev Arms Plant is tapping a familiar, however unlikely spokesman: Steven Seagal.

The action movie star will be the focus of a marketing campaign if all goes well. Seagal joined Deputy Prime Minister Dmitry Rogozin on a visit to the facility this week.

“You’re ready to fight American [manufacturers] with your teeth and your intellect, and if Americans are prepared to promote and support you, that says we’re learning new ways to work on corporate warfare markets,” Rogozin said.

Seagal met Russian president Vladimir Putin just this March, and sent out a congressional delegation to meet with the star last week.