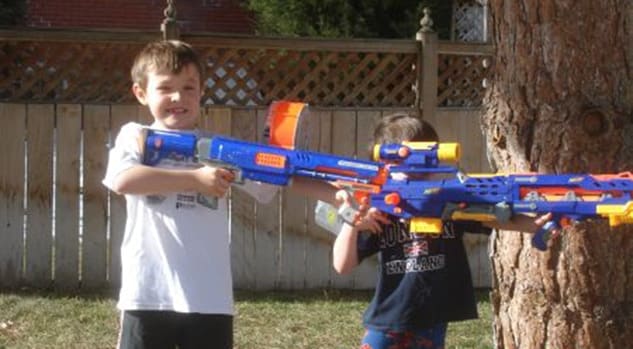 Several school kids from Washington were recently suspended for having Nerf guns at school.

Not surprising considering the Edmonds School District has a “zero tolerance” policy on guns, but the fact that a teacher said it was okay, has parents perturbed. 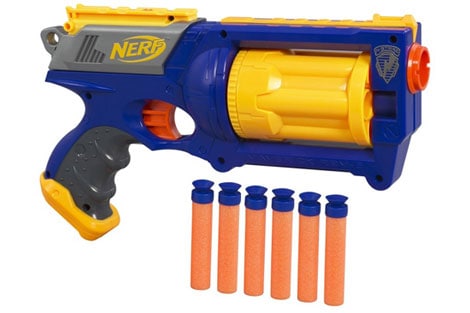 The incident happened last Friday before class at Chase Lake Elementary School when a sixth grade boy brought a number of the soft foam projectile guns to class as part of a project – which was allegedly approved by a teacher. So, as boys are known to do, they played around with the toys before class.

“So he took them out and of course — Nerf gun — they started testing how far they would shoot,” said parent Shannon Shumard.

Although Shumard’s son and daughter didn’t bring the Nerf guns to school, they both participated playing with them and were suspended for a day. The suspension means her kids won’t be able to take high school algebra or serve on the student council.

“They are both very upset,” Shumard said. “I mean, it’s a day suspension, but it’s a permanent on their record.”

Stacey Leidholm’s son, who she said has straight As, received the same punishment.

“I do understand that they definitely need consequences, but not that harsh of a consequence,” she said.

The school district confirms the incident occurred, but refuses to divulge particulars. According to school district spokeswoman Amanda Ralston: “Again, it’s a matter of safety and it’s of the utmost importance. So even if it’s a toy, we take it seriously,”

But parents believe the district overreacted, particularly because a teacher gave the kids permission.

“If the teacher and the school staff don’t even know their own rules, how are the children supposed to know them?” Shumard said.