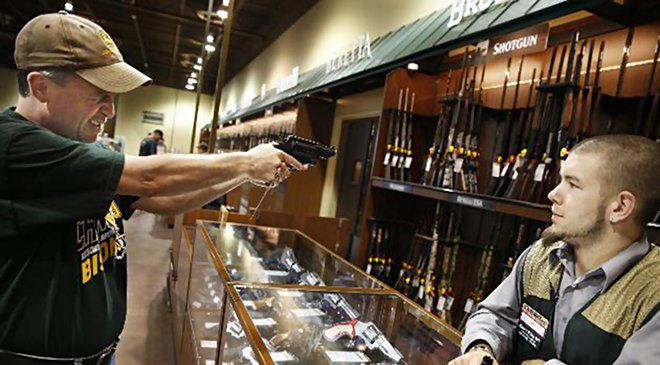 Gander Mountain is planning to add several new stores across the state of Texas, giving residents more options when it comes to buying guns and other sporting goods. Four new Gander Mountain stores will be opened in Lewisville, Mesquite, Round Rock and San Antonio this fall.

“Texans love the outdoors, and have passed down great traditions like hunting, fishing, hiking, boating and camping for generations,” said David Pratt, Gander Mountain’s president in a press release. “We are happy to be able to add to the 11 stores we already have in Texas, and give more people in more regions of the state opportunities to experience our top-quality gear and knowledgeable service at great prices.”

The Minnesota-based Gander Mountain is already one of the largest chains of specialty sporting goods stores in the country, and with the shooting sports taking off the way they have this year, it’s no surprise that the company is looking to expand.

The company is looking to put pressure on other gun-centric sporting goods stores, chiefly Cabelas but also Academy, Bass Pro and the ubiquitous Wal-Mart.

Gun, ammo and accessory sales are at a never before-seen high, as anyone who’s been looking to find guns, ammo or accessories knows.

These stores will focus on gun sales in particular — they’re all going to be Gander Mountain “Firearms Super Centers” — seeking to offer Texans the largest selections of new and used firearms in addition to other hunting, sporting, outdoors and self-defense equipment.

Furthermore these new stores are expected to add over 350 jobs to the Texan economy, as Gander Mountain is going to have to hire many employees to work the combined 174,000 square-feet of retail space.

Gander Mountain has been expanding rapidly in the past 12 months, adding new locations across the U.S. including stores in Opelika and Florence and Tuscaloosa, Ala., Valdosta, Ga., Lafayette, Ind., Gastonia, Monroe, Morrisville and Winston-Salem N.C. and Rogers, Minn. They’re also planning to add several more new stores soon.

Here’s where you can expect to see Texas’ four new Gander Mountain stores: 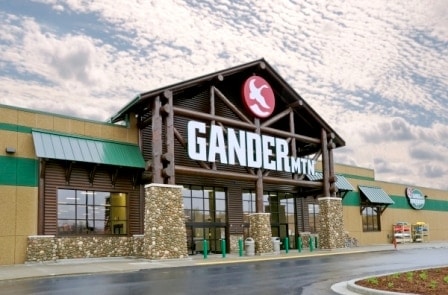 • Mesquite location: 3775 Childress Avenue, just off the LBJ Freeway at Exit 7A,

The company is also looking to tap another key market: footwear.

“One of the big things that runners like is customer service,” said VJ Mayor of the Sports & Fitness Industry Association to the Texas Star-Tribune. “They’re loyal to their stores if the stores are loyal to them.”

“The privately-held company also is adding 20 new performance footwear brands, ranging from Keen Utility to Asics. The company wouldn’t disclose the financial numbers behind the initiative but called it a ‘major investment.’ Gander Mountain stores now feature hundreds of styles for hiking, hunting and outdoor shoes, as well as boots, sandals and athletic styles.”

So whether you’re looking for firearms or fashion in Texas, you’ll have four new superstores to check out.