A man attempted to rob three people at a gas station by threatening to spray them with gasoline. 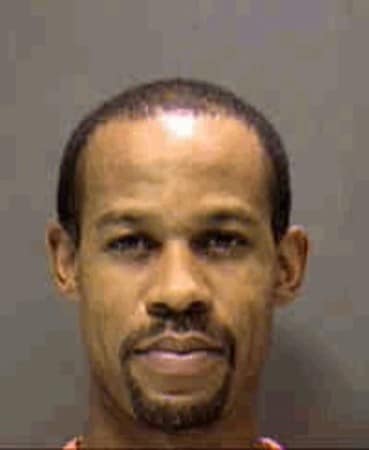 Reggie Randall, 38, approached three customers at a Shell gas station in Sarasota, FL shortly after 9pm on Thursday. According to police, Randall began yelling at the individuals and threatening them.

Apparently the victims weren’t impressed – which compelled Randall to snatch up a gas pump and threaten to spray them with gasoline.

According to a police spokesperson, the suspect told the would-be marks he’d send them to the hospital. After menacing the victims with a face full of petrol, Randall barked: “Give me everything you have!” But they refused to give him anything, sending Randall on his merry way.

The victims subsequently went to the Sarasota Police Department headquarters and identified Randall from a lineup. He was later arrested and charged with three counts of attempted robbery.