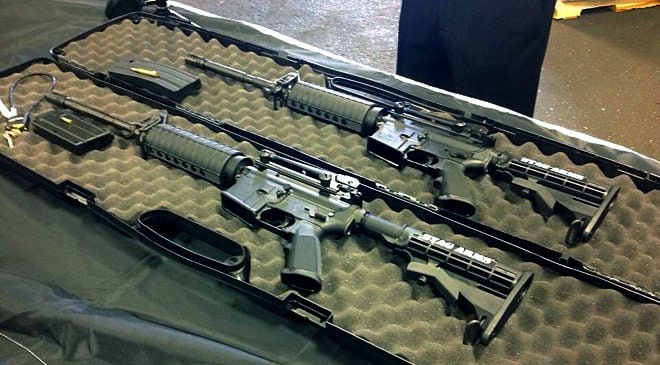 In just a few weeks following the passage of strict gun control laws in Connecticut, Stag Arms has prepared a rimfire AR that complies with all the state’s new restrictions.

The carbine is chambered for .22 Long Rifle as opposed to 5.56 NATO/.223 Remington or any of the other common AR cartridges. Stag president Mark Malkowski personally worked with local law enforcement to ensure that the rifle would not violate any of Connecticut’s gun laws.

The .22 LR carbine not only has law enforcement approval in writing, they also took into account help from law enforcement in developing the AR. The redesign features some changes to it that makes it somewhat incompatible with standard AR uppers, which will make it legal for sale in Connecticut. Otherwise buyers could simply install a centerfire upper, manufacturing what is according to state law an “assault weapon.”

While this is certainly one way to have an AR despite the state’s tough gun control, it’s safe to say that this is a far cry from a standard AR, simply because it is a rimfire, not centerfire rifle. It’s considerably less effective, although in theory less expensive to operate (provided you can find ammo).

Stag is still waiting on some components from other manufacturers before they can start manufacture of these guns later this month. According to The Hartford Courant, Stag has already received about 100 pre-orders for them.

Nevertheless Stag is pleased that in just two months, they’ve developed an AR-type rifle that complies with the state’s laws, an impressively short turn-around time.

In a way, this rifle is a thank-you to all of Stag’s supporters in Connecticut even as they mull leaving the state. Stag has spoken with governors across the nation in search of a possible new home. 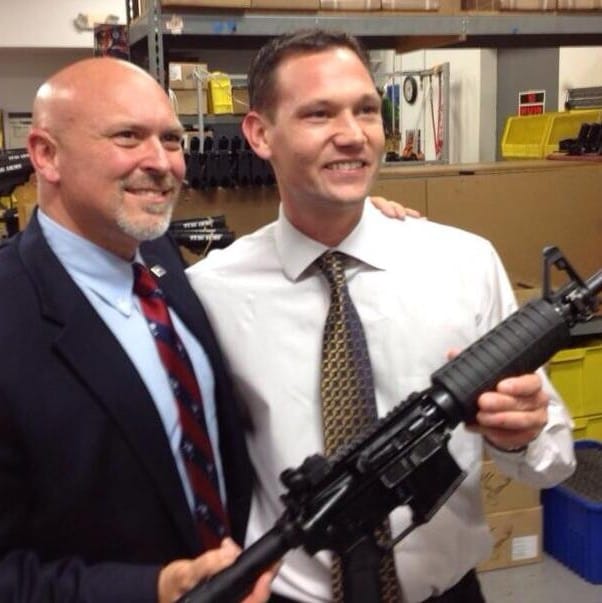 “We are still evaluating our options in regards to moving out of state. Last week at the NRA conference and show in Houston our owner had a meeting with the governor of Texas about moving,” reads the Stag Arms Facebook page. “A few things we have to take into account are moving large precision machinery, obtaining routine maintenance for the machines, and securing a proper power grid structure to support our operation.”

“During the visit representative Clemmons was given a tour of our manufacturing facility and both had a very long discussion about jobs, firearm freedoms, manufacturing, and the future look of the economies in both states.”

The 10-year-old company has a lot of options when it comes to relocation, and picking the best one isn’t happening overnight. But it’s still nice to know that they’ll always have a place in their heart for their original state of Connecticut.