Student Makes Amazing Recovery After Being Shot in Head (VIDEO)

In a story of amazing resilience, a high school student shot in the head two months ago stunned his classmates by delivering a speech at graduation Tuesday.

Balaal Hollings, senior class president of Northwestern High School in Detroit, MI, took the stage to thunderous applause. Just two months prior, the homecoming king and football star was shot in the head as he tried to break up a fight at a house party. 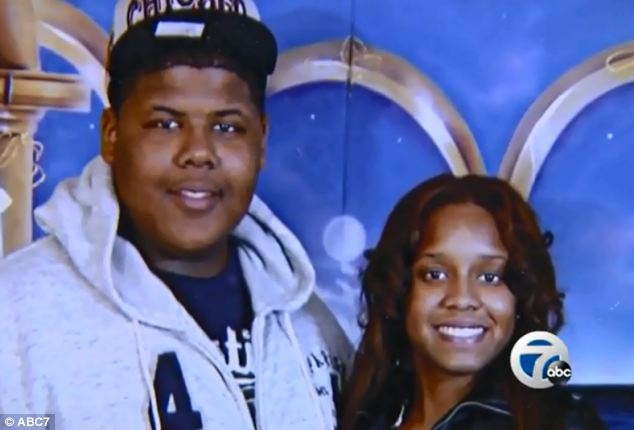 His startling recovery was aided in part by intensive treatment at Sinai Grace Hospital. Unfortunately, Hollings lost a football scholarship to a college in Wisconsin due to the injury, but his forgiving spirit remained unchanged.

“People always ask me what would you say if you met the person face-to-face who shot you? And I would tell them, ‘I love you, and I forgive you.’”

Hollings sense of humor was clearly present as he walked to the podium yesterday, begining to mumble, he added, “I’m kidding. I can talk.” He continued: “I forgot how to walk. I forgot how to talk. I didn’t forget how to eat.” 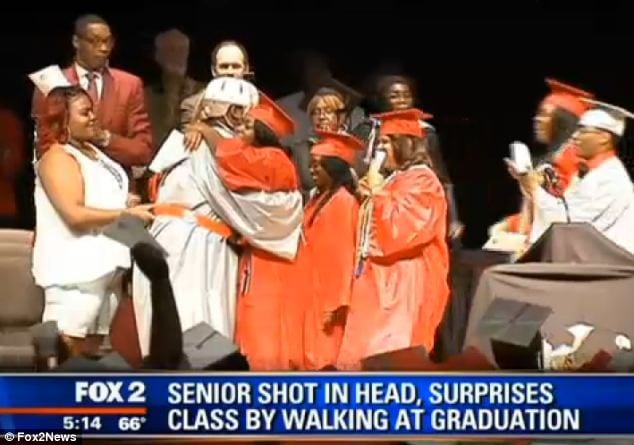 He joined classmates in throwing their mortar boards at the close of the ceremony, although Hollings threw the helmet which protects his damaged skull.

“I never came across a person that could make people smile and give them joy just by saying hello. Balaal is a true hero, friend, brother and warrior that I love dearly and I will support him 100 per cent.”

Hollings school, which is closing for good this summer, presented the former athlete with a $50,000 scholarship that he will use to study pre-law or criminal justice.