A young TV reporter found herself scrambling to safety when an on-camera interview took an ugly turn Tuesday.

Apparently WLNE reporter Abbey Niezgoda and her cameraman were on assignment in Providence, Rhode Island, interviewing Melissa Lawrence – whose daughter Ny’asia was wounded Sunday night in a shooting at the family home, when the assault occurred.

The reporter was following up on the incident as the alleged shooter turned himself into authorities earlier this week. Microphone in hand, the TV-journalist asked Lawrence a rather innocuous question: “How do you feel about that?” 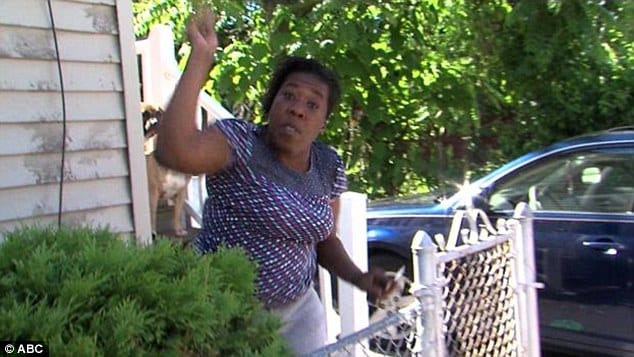 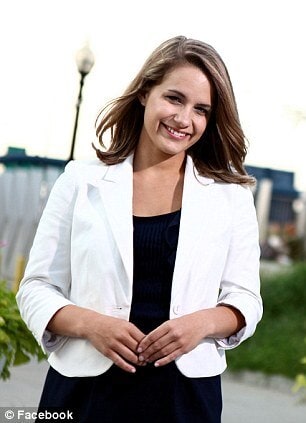 Visibly disturbed, Lawrence answered back by hurling a rock at the television crew. She then brandished a baseball bat, screaming “Get away from me.” But the perturbed homeowner didn’t stop there. When Niezgoda continued to prod Lawrence, she summoned her two pit bulls.

And that’s when the Rhode Island woman sicced her four-legged friends on the overzealous gumshoe. The dogs chased the 24-year-old Niezgoda down the street, chomping down on her forearm before Lawrence called her pooches back. In the video (see above) Lawrence, who is black, can be heard yelling racial slurs at Niezgoda, who is white.

Ultimately the attack landed Lawrence in jail, charged with two counts of felony assault – which she pleaded not guilty to. Appearing before the judge yesterday, a seemingly unrepentant Lawrence sported a pink t-shirt with the phrase: “My Attitude is Your Problem.” 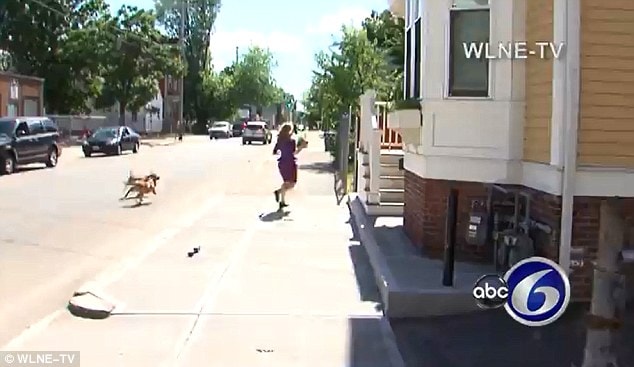