Hundreds Carry Loaded Firearms at the ‘Come and Take It’ Rally in Temple, TX (VIDEO) 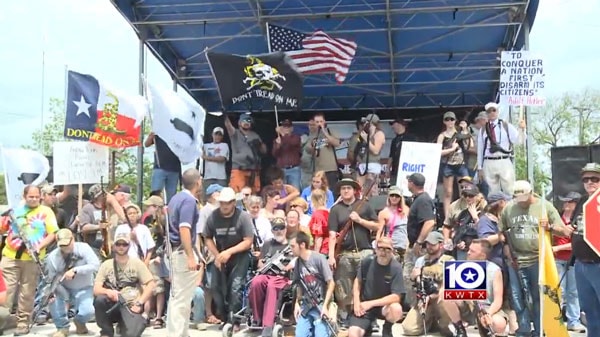 Protesters gather in Temple, Texas for the “Come and Take It” rally. (Photo credit: KWTX)

Over 200 men, women and children, most carrying rifles and shotguns, gathered in Temple, Texas over the weekend in an effort to show their support for Second Amendment rights and to demonstrate that an armed society is indeed a polite society.

A local news station reported that the “Come and Take It” rally, which was organized by Don’t Comply, was part of a response generated after Army Master Sgt. CJ Grisham was arrested in March for “rudely displaying” his AR-15. While it is legal to open carry long arms in Texas, apparently a concerned citizen called when she saw the man carrying the weapon while on a Boy Scout hike with his son in the rural community.

Grisham’s disarmament and subsequent arrest, which many say was unlawful, has sparked support for both him and Second Amendment rights and caused outrage by residents of Texas, which has historically been viewed as a pro-gun state. 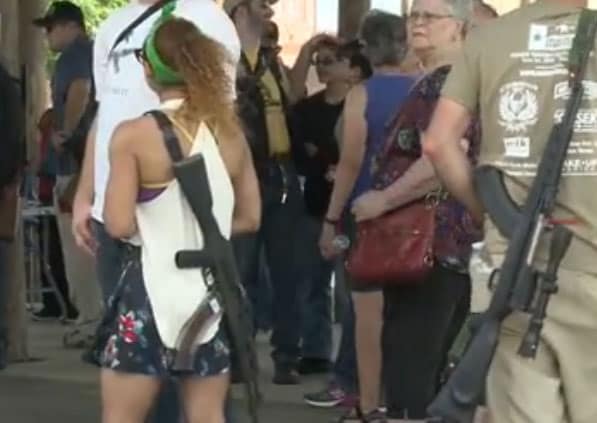 Event organizer and co-owner of Don’t Comply, Murdoch Pizgatti told a local ABC affiliate, “I’ve seen the stop and frisk videos in New York and heard about things like that but this was stop and frisk, it was disarm, handcuffed, it was the arrest and it was right down the road here in Texas. You know that shouldn’t happen here, that is way too close to home. That was my line in the sand and I knew it had been crossed at that moment so I got up and did something.”

Johnny Price, instructor for Big Iron conceal carry classes, participated in the rally and expressed concern over the way Grisham’s firearm was handled during the March ordeal. He explained that while citizens should be understanding of the officer’s situation and his responsibility to ensure safety for all of those involved and should comply when asked to do something in a polite and respectful manner, according to Texas Government Code Section 411.207, law enforcement has the obligation to return lawful firearms to the individual once that person is deemed to not be a threat. 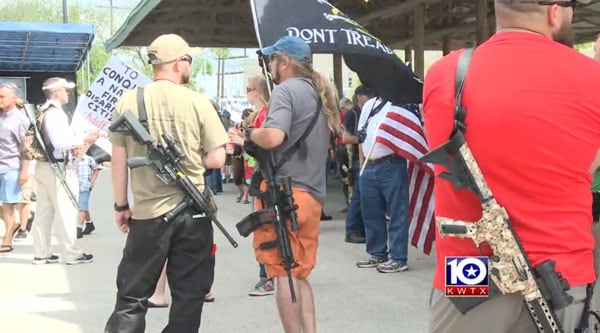 In addition, Price voiced concern about infringement on Second Amendment rights. “That’s part of America. That’s part of my rights as a human to be able to survive and protect my family from all who would try to take those rights from me and freedoms,” he said.

Another participant in the rally, who wanted to only be identified as Brent, said, “I fear that if we go too long without reminding the public we have that right, then the law will be lost, and our right will be lost.” The father of two also used the rally as a learning experience for his children. “I want to spend time with them and have them always remember that I went with dad to a rally where we are supporting our rights,” he said.

Another protestor, Josh Toles, noted that there’s power in numbers, saying, “There’s a lot of stuff that’s going on and people think it’s out of our control but it’s not. We are the people. That’s why the constitution was written for us.” 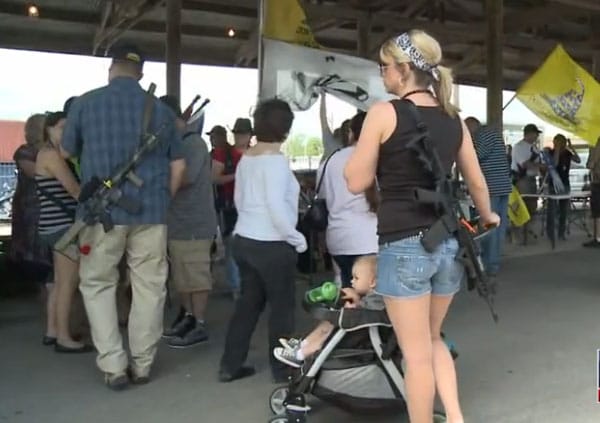 The peaceful protest, which included music and food, also consisted of a march from the event site to the Temple Police Department. The entire event unfolded without incident. Some officers from the Temple Police Department even assisted with the rally by providing road blocks, helping the participants to safely exercise their rights to a peaceful protest.

Grisham, who was also in attendance, states that their message was a simple one. “Not only is one man with a rifle or a weapon not any cause for alarm, but hundreds of people with weapons are no cause for alarm. The reality is, and the message that I think got through quite well to the Temple Police Department, is that an armed society is a polite society and that a person with a gun isn’t someone that you need to fear,” he said.