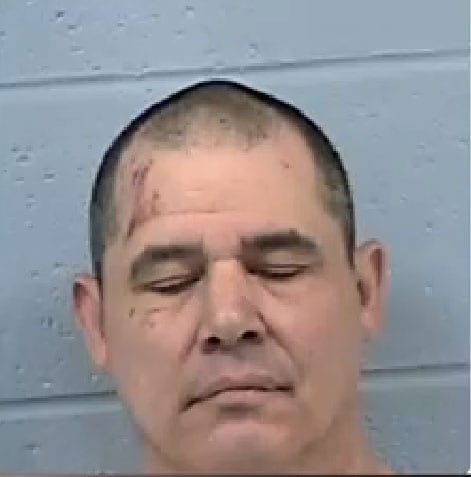 A retired Tulsa firefighter found himself in an unusual situation Monday morning. There was a man trespassing on his property huffing paint, who refused to leave, and who eventually attacked him, forcing the homeowner to fire at the drugged up vagrant.

The homeowner, identified only as Frank, told a local news station that about 6:30 a.m. he heard someone yelling on his property across the street where he was building a house. He grabbed his gun and went to see what was happening.

When Frank came upon the home site, he found a man there huffing paint. He told the man “he better get out of here.” To which the man responded, “I own this property.” Obviously, he didn’t and Frank informed him, “I own this property.” The man became argumentative with the homeowner, and when Frank showed the man that he was armed, the man responded by attacking Frank.

Initially Frank hit the man over the head with his gun several times and even fired a warning shot, but the man still would not back down. The man ripped Frank’s shirt to shreds as the two scuffled, and finally, Frank felt he had no other choice, and shot the man.

“I decided this guy might overpower me and I can’t allow that to happen. He’ll shoot me right here. Then, thoughts of my family go through my head, all my loved ones. At that point, I decided, I’m gonna have to shoot this guy.” Even then, Frank didn’t want to kill the guy, he only wanted him to just back off. 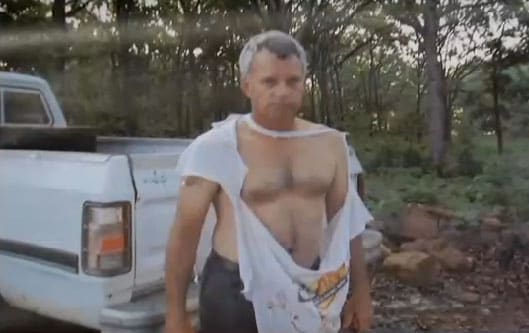 But as Rogers County Sheriff Scott Walton said, “Sometimes people give you no choice. … In a deal like this, it’s one or the other.”

“I lunged and he slipped and that leg stuck out there and gave me the opportunity to shoot him right in the leg,” Frank said, and that’s exactly what he did. At that point the man finally backed down.

While waiting for deputies to arrive, the man, identified as 50-year-old John Gill, actually thanked Frank several times for shooting him (so we’re guessing that dose of lead sobered him up a bit).

Gill was taken to a local hospital to be treated for the gunshot wound, which was believed to be non-life threatening. Following treatment he will be arrested.

Frank received some minor cuts during the ordeal, but no serious injuries. Walton stated that he was glad the homeowner wasn’t hurt.

Apparently Gill was arrested last month for huffing paint and he fought with deputies at that time as well.