On Tuesday, the Florida Department of Law Enforcement arrested Liberty County Sheriff Nicholas Finch for releasing a local resident from the county jail who had, himself, been arrested for carrying a loaded firearm without a valid concealed carry permit. 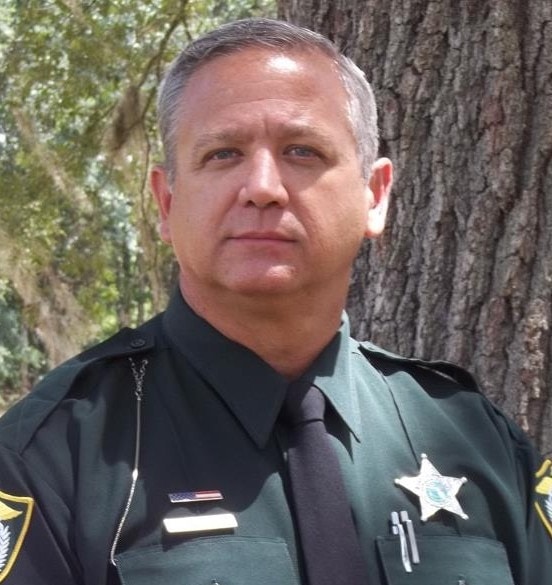 Additionally, Finch is being accused of destroying and/or tampering with the man’s official arrest documents to make it look as though the arrest never occurred, according to an FDLE press release.

So, the story begins on March 8, 2013, when Sgt. James Hoagland of the Liberty County Sheriff’s Office pulled over a man by the name of Floyd Parrish for a traffic stop. Upon speaking to Parrish, Hoagland noticed that he had a holstered revolver on the front seat of his car and a .25 caliber semiautomatic pistol in his pocket.

Parrish, who evidently does not have a valid Florida concealed carry permit, was charged with carrying a concealed deadly weapon. Hoagland took Parrish to the county jail and documented the arrest.

Investigators alleged that, later that day, Finch took the arrest file from the booking officer and told her that no charges should be filed against Parrish. He then released Parrish from jail, along with his confiscated firearms and proceeded to apply white-out on two lines of a log sheet and a jail report, the Jackson County Floridian reported.

Upon examining the documents, FDLE crime lab investigators saw that Parrish’s name was under the white-out. It appears that Finch was trying to cover up the incident which, if true, is “official misconduct,” a third degree felony punishable by up to five years in prison.

However, Jimmy Judkins, an attorney representing Finch, sees the situation differently. That is, Finch was releasing a man who had committed no crime because the U.S. Constitution clearly states that an individual has the right to keep and bear arms.

“The records at the jail show exactly what happened in this case and the records speak the truth. The sheriff looked at the facts and said ‘I believe in the second amendment and we’re not going to charge him.’ That is not misconduct at all,” Judkins told WCTV. “That is within the sheriff’s prerogative whether to charge someone or not.”

At least one local resident agreed with Judkins, but also suggested that the investigation was spurred by folks who have a beef with the sheriff.

“Since he’s considered what people consider an outsider and not from Liberty County, that they finally railroaded him out,” said Liberty County resident Samuel Coover. “In my personal opinion he was doing his job and people didn’t like it.”

FDLE Commissioner Gerald Bailey confirmed that there were additional complaints against the sheriff, though he did not go into detail about how many more complaints he received. He told WCTV that the investigation is still ongoing.

Bailey was also asked how this investigation could play out for Finch, who was released on his own recognizance on Tuesday after being booked at Liberty County Jail.

“It could go from the fact that he could … all the way from he’ll lose his job and his law enforcement certificate to he could be reinstated,” Bailey explained.

To fill the Sheriff’s spot, on Wednesday, Gov. Rick Scott announced that Carl Causey will serve as Interim Sheriff of Liberty Country.

“I am confident that Carl Causey will serve the families of Liberty County well during this interim term,” Gov. Scott said in a press release.