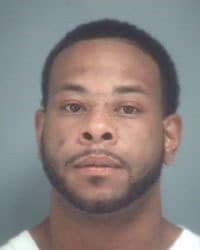 Just before 3 o’clock Sunday morning, Enrique Herrera, 60, was returning to his Texas City home when he was met by two armed robbers in his driveway. However, Herrera was also armed and shot one, killing him. The other is now in custody.

Herrara’s nephew, Josh Rojas, told KHOU that his uncle was coming home from work when the two men followed him with the intention of robbing him. As he pulled into his driveway, the two approached him, one on either side of the car, and ordered him to “give it up.” Herrera gave it up, but not the “it” that they were expecting.

Herrara, who was also armed, shot at the men, hitting one of the men in the chest. The would-be robber also fired at Herrara, hitting him in the upper thigh. The second man ran off and the one who was shot only made it a short distance before collapsing.

Two separate 911 calls were received about the incident, although it is not known who placed the calls. Police immediately sent out a description of the suspects and began searching for them.

Minutes later, Officer D. Heckard found one man walking down the street that matched the description and was sweating profusely. The man, identified as 23-year old Jermaine Eugene White, was arrested on charges of aggravated robbery. He is being held with a $100,000 bail.

Officer Brad Macik, who was also searching the area near the home where the incident occurred, discovered the second suspect, 26-year old Lekendrick Deon Nelson, lying face down in a nearby field. Nelson, who was still wearing a ski mask, was pronounced dead at the scene.

Herrera is at a local hospital recovering from the gunshot wound he received and is expected to live.

Friends and family say Herrera did the right thing. Neighbor Jimmy Benavides said he heard five or six shots and does not blame Herrara for fighting back. “If he didn’t have a gun on him he’d be dead right now most likely,” he said.

Rojas also said, “It was either my uncle’s life or somebody else’s life and my uncle was at risk and he did what he had to do.” Adding, “From my understanding. … you get what you deserve.”