If you don’t yet know about the Internet Movie Firearms Database, you’re missing out.  IMFDB.org is a searchable repository of firearms facts that centers on the who, what, when, where and why of movies, television and video games.

Based on the film industry’s own Internet library (the Internet Movie Database — IMDB), IMFDB is one of those sites that firearm enthusiasts get lost in.  You can follow links deeper and deeper in, simultaneously building your knowledge of guns and picking up some good trivia.

A recent survey showed that the site’s audience is 98 percent male, and between the ages of 18 and 30.  No surprise, really.  Most of IMFDB’s traffic comes from L.A., from people in the film industry who use the site as a reference tool.  But they see visitors from all over the world.

But the user generated wiki needs an overhaul

IMFDB’s growth has presented some issues.  Those of us who are less technologically savvy find editing a wiki a bit daunting.  And up to this point, IMFDB contributors haven’t always been consistent about how data is presented, which can make referencing pages confusing. 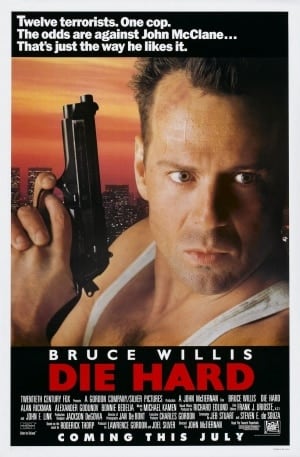 But the real issue is harder to see.  As users fill in the database, they don’t always take the time connect all of the dots.  The example Zach Warburg, IMFDB’s programing guru, used is Die Hard.

A quick search of IMFDB will show that John McClane, played by Bruce Willis, used a Beretta 92F in Die Hard.

Right now, a contributer creates a page for Die Hard, but he also has to update the database entries for Bruce Willis and for the 92F.  The upgrade will solve that problem.  It will also standardize entries so users can simply fill in the relevant information in a template that will generate the page.  Picture sizes will be standardized, and the searchable information on the site will be uniform and more easily accessed.

Serrano recently brought on Warburg to help with the programing.  By Warburg’s estimation, the upgrades are about 60 percent complete, but the very nature of the changes means hours of work. 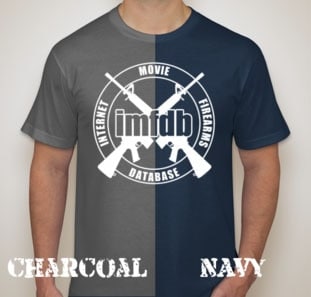 The only way IMFDB makes money is by selling advertising space on the site.  This is common enough.  But some advertisers who saw IMFDB as part of Hollywood are not so eager to be associated with the political debate surrounding firearms.  IMFDB is in no way encouraging the fictitious, gratuitous and often reckless use of guns so common to Hollywood.  They’re simply keeping track of it.  But this is the way the winds are blowing.

And so it is with crowdfunding. Kickstarter gets squeamish about guns.  So IMFDB turned to Rockethub.

IMFDB has set up various funding levels, and have some great incentives associated with each.  $5 will get you a sticker.  $15 will get you a patch.  $30 will get you a t shirt.  And there are Magpul iPhone cases, slings from Specter Gear.  $40 will buy a $50 gift card for Beretta USA. 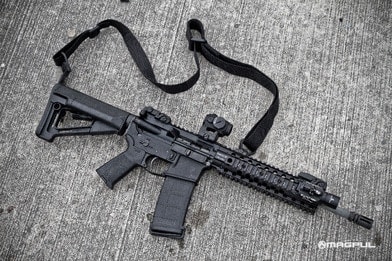 $370 buys a Magpul AR kit that includes everything but the AR-15 itself.  $1,250 will buy a full-auto machine gun shoot with Chris Cheng, winner of the fourth season of Top Shot.

For the more cinematic enthusiast, IMFDB is offering a behind the scenes tour of Independent Studio Services.  The 150,000 square foot facility houses over am million props, and more than 15,000 firearms.  All for a donation of $2,500 — chump change by Hollywood standards.

Hoodies.  Lasers.  Range finders and Binoculars.  It is an impressive list of donated gear.  Or you can simply make a donation.

Show them some love

This feels oddly personal to me.  I use IMFDB all the time.  As a firearms writer, I frequently use IMFDB to contextualize the cultural impact of a gun.  When and where a gun appears in various forms of media can be a valuable tool for understanding how the rest of the world, those who aren’t immersed in the minutia of guns, sees a gun.  Just last week, I referenced IMFDB in a review of the Taylor’s 1873 Cattleman. 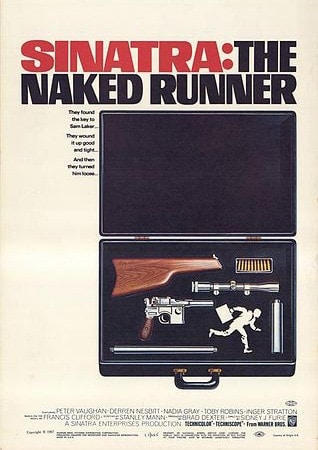 And I use IMFDB in my other professional identity.  I’m a college professor, most of the time.  I teach writing classes that use Star Wars as an organizing theme.

I’ve taught literature classes on Billy the Kid, and film classes on  The Big Lebowski (the greatest movie ever).  I introduce all of my students to IMFDB and we use the site to begin many of our technical discussions.

I could do what I do without IMFDB.  But I don’t want to.  Sometimes I have to.  When I talk about the evolution of Han Solo’s DL-44 Blaster, I go back at least as far as the 1967 Frank Sinatra film The Naked Runner.

The C96 Mauser Sinatra used in the Naked Runner would later be the gun Harrison Ford used in Star Wars.  It is the same prop.

But if you follow this trail backwards on IMFDB, you will come up empty.  And that’s precisely why IMFDB needs our help.  There’s work to be done.

They have two weeks left on their fund raiser, and long way to go.  Like them on Facebook.  Show IMFDB some love.  Spread the word.  Tweet about it.  Help them out.  Find the gaps in the database and help fill them in.  IMFDB makes our little corner of the world a much more interesting and authoritative place.