Ladies and Gentlemen, I direct your attention to an upcoming auction in Dallas.  This Sunday, tomorrow, June 9, Heritage Auctions will be conducting their Arms and Armor Signature Auction, and it is big (especially if you got a few extra grand you’re looking to unload). 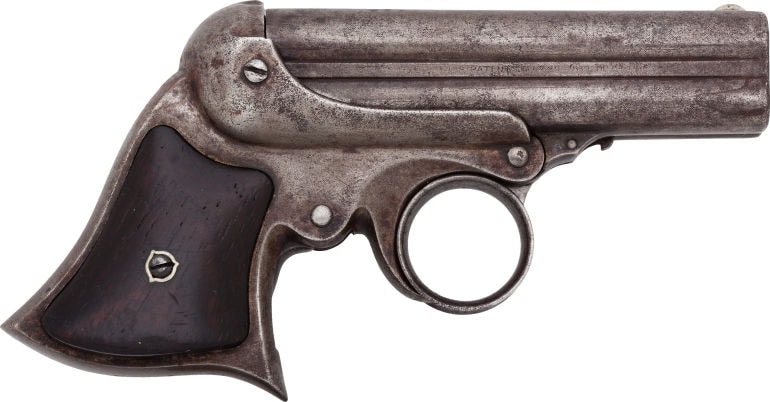 As an aficionado of auctions, I can say that this is, without a doubt, the largest collection of historical firearms I’ve ever seen assembled outside of a museum.  They’ve got everything from primitive firearms to modern rifles.  But the highlights for many will be the large number of old American revolvers and the staggering collection of Lugers — at least 122 Lugers up for sale.

Some of the highlights

I’m not sure how to properly contextualize this collection.  Original Lugers were produced from 1900 to 1945 by several different manufacturers.  No one can even begin to estimate how many were made.  They’re still highly prized collectibles, though their relative value is determined more by condition than scarcity.  I often see a Luger pop up in my local gun store.  Usually it will be in good shooting condition, but will have had most of its collectable value diminished by either having been refinished, or having mismatched parts.

These were service guns, for the most part, and the Germans kept finding opportunities to put them into service.   That’s certainly true of many of these guns, though the majority have been very well cared for.  All of them came from the an unnamed collector

Lot # 32620 is a Luger that was made for the French. It is marked: Manufacture Francaise d’Armes & Cycles de St. Etienne. No one is certain how many of these were made, or how many still exist.  This one has more to offer, too.  It retains 98-99 percent of its blue finish.  Opening bid? A much more reasonable $6,000. 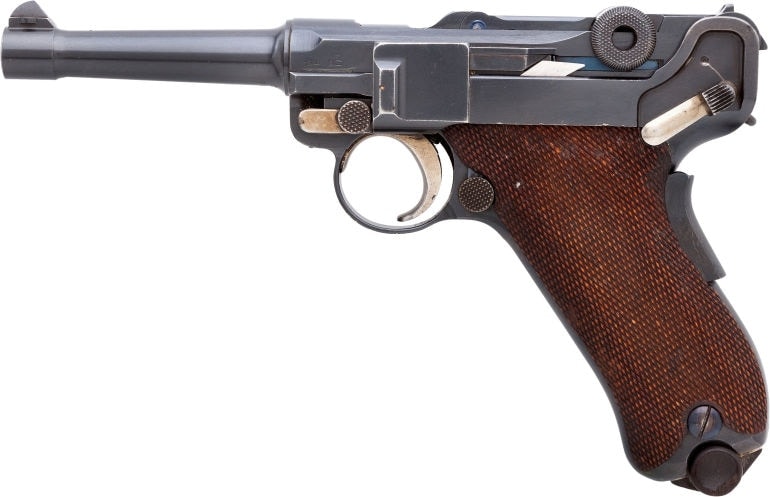 Lot # 32556 is a Luger with a story.  The Treaty of Versailles, which ended World War I, stipulated that Germany couldn’t keep making weapons of war.  This included Lugers.  But they did. Mauser began producing guns with a “K” in the serial number to encode the date of manufacture.  And Heritage has two.  This German Mauser K Date Model P08 S-42 Luger Semi-Automatic Pistol  was made in 1936 is rated as “Fine” with 94-96 percent finish.   It will open at $7,200 and is expected to bring more than twice that price. 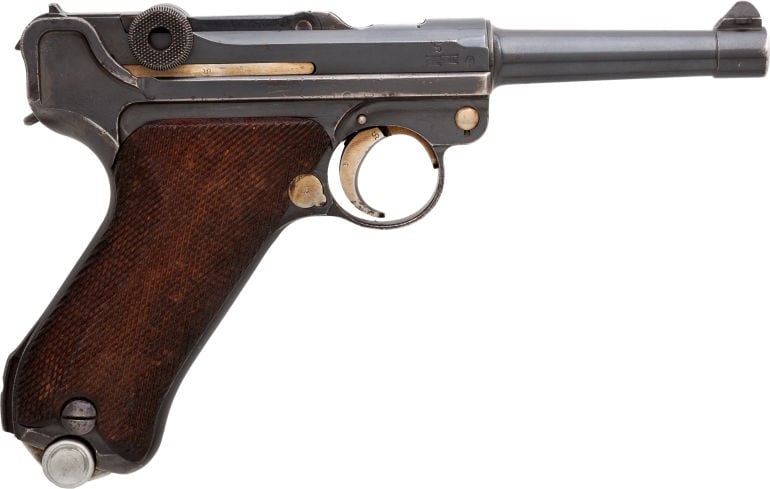 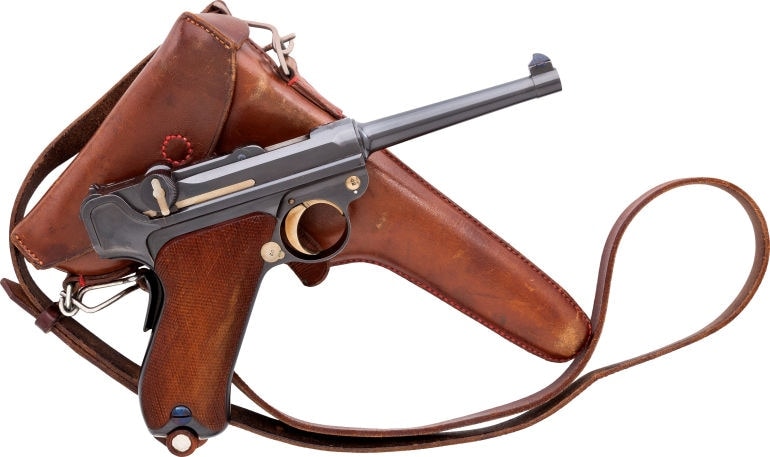 The time is right

I’ve never seen a collection come up for sale like this before.  Luger collectors will be paying attention, I’m sure.  But there’s another angle to this.  If you were at an auction and one Luger came up for sale, everyone would fight over it.  But with so many to choose from, odds are some of these will sell for realistic prices.  And if you’ve got the money to invest, this may be your chance.  The lowest priced Luger is, as I write this up, $450. 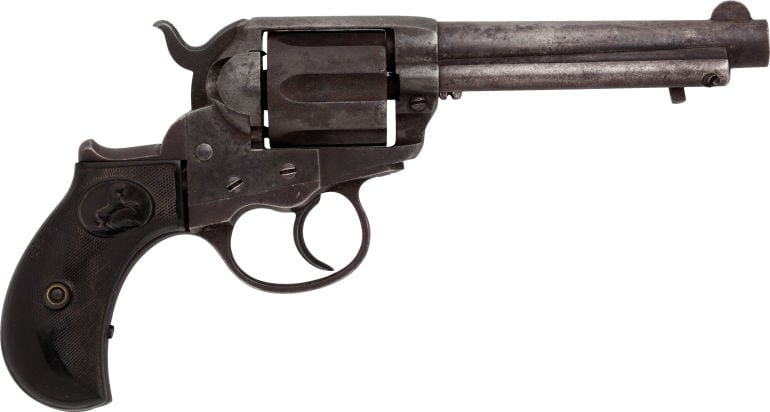 For those of you with an appreciation for the wild west, there’s a .41 Thunderer, the preferred shooting iron of Billy the Kid.

And if you don’t have the money, spend a little time.  Peruse the catalog of guns.  It is incredible.  687 handguns. 231 long guns.  35 shotguns.  Old militaria and knives, holsters, even boxed ammunition.  It is a fine way to spend an hour or two.