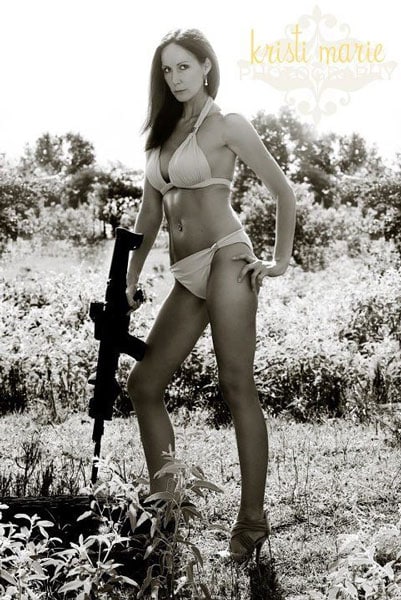 It turns out the ricin-laced letters mailed to President Barrack Obama, New York City Mayor Michael Bloomberg and his gun control group Mayors Against Illegal Guns last month had nothing to do with guns or gun control after all. It appears instead that the motive was something which sounds like the plot of a made for TV movie featured on Lifetime. Apparently the tainted letters were part of one woman’s elaborate scheme to ruin her husband’s life. And apparently someone has let the cat out of the bag.

Shannon Guess Richardson, a fiery red-head who had a small role in the series “The Walking Dead,” was arrested Friday and charged with mailing a threatening communication to the President of the United States. According to a report by KSLA 12, she is being held in a Texarkana, Texas, jail under the custody of U.S. Marshals, where she is scheduled for a detention hearing next Friday afternoon. If convicted, she faces up to 10 years in federal prison.

After arriving to the courthouse, the pregnant mother of five, whose sixth baby is due to be born in October, was reportedly transported to the hospital briefly before returning wrapped in a blanket. It is unknown at this time her reason for going to the hospital.

Richardson’s husband, Nathan, who is an Army veteran, was originally questioned about the ricin-laced letters when she contacted the FBI with so-called information that she found to be suspicious, but suspicions quickly turned to Shannon instead. Not only did she fail a polygraph, but investigators also say that some of the details she provided just did not add up.

When it was determined that Nathan could not have printed and mailed the letters, in part because he was working with no lapse in his 10-hour shift, the day the letters were mailed, Shannon finally admitted her small role in sending the tainted letters. She claimed that while she did order the supplies to make the ricin, print the mailing labels and the letters and drop them in the mail, she only did so because her husband made her do it. 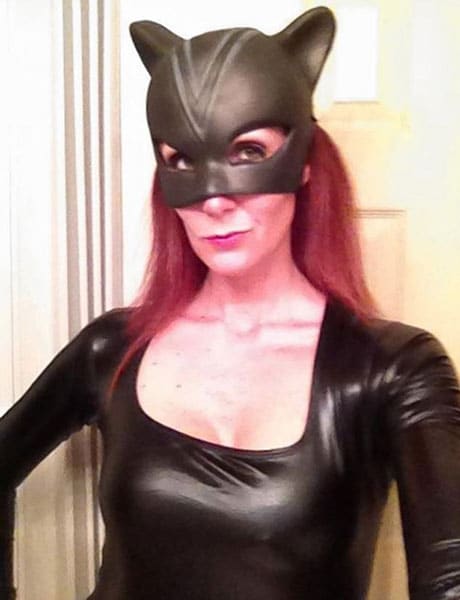 I am Catwoman, hear me roar! (Photo credit: Facebook)

Nathan, who filed for a divorce from Shannon the day before she was arrested, is now working with his attorney to prove that he was not involved in the incident in any way. “The first hurdle is over, the options are, he did it, she did it, or they did it. We’ve got her involved, so it’s either they did it, or she did it. We’re trying to prove she did it and my client wasn’t involved,” stated Nathan’s attorney, John Delk.

Delk was originally hired by Nathan to be his divorce lawyer, but has since taken on the task of proving his innocence in the ricin-laced letter case. And according to Texas state law, the divorce cannot be made final until Shannon gives birth to their baby.

Shannon’s court-appointed attorney, Tonda Curry, who incidentally has only had a brief conversation with Shannon, claims that there was never any intention of hurting anyone with the letters – other than her husband who she tried to frame for a federal offense, of course.

“From what I can say, based on what evidence I’ve seen, whoever did this crime never intended for ricin to reach the people to which the letters were addressed,” Curry said. Obviously, because the first clue to not actually open the letters would have probably been the fact that they had no return address. But regardless of her actual intentions, federal agents don’t usually take too kind to threats against the President.

I suppose it’s a good thing she was only armed with a computer, a printer and deadly ricin. No telling what she could have accomplished with the intentions of ruining her husband’s life with, say, a deuce and a half.