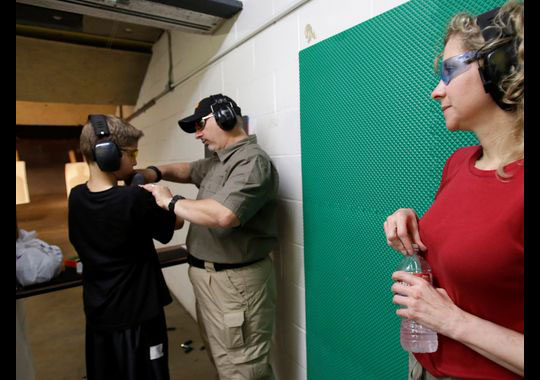 The Armed Citizen Project kicked off its initiative to arm residents of high crime areas this week in a small community in Houston.

Starting in the Texas city, a city with the 10th highest crime rate for a city its size and where the group is headquartered, is a small part of a nation-wide project aimed at empowering citizens with an effective means of self-defense, handing out free shotguns and training for safety and usage.

The Houston project launched with the community of Oak Forest, a neighborhood comprised of a mixture of older homes and newer townhouses. The neighborhood has seen an unsettling increase in both driveway robberies and home burglaries, according to Fox News. However, the Armed Citizens Project hopes to drive those crime rates down with its program, and some residents are jumping at the opportunity.

The 29-year-old with a master’s in public administration and founder of the non-profit organization, Kyle Coplen said he expects to have at least 50 residents from the community participate in the project. Once the residents have been trained and given their shotguns, signs will be placed in the community warning criminals that the neighborhood is armed.

Coplen explains the project is part of a multi-faceted solution to a growing crime problem. “When we have a crime wave, we don’t just say let’s just increase police and that’s all we do. We do multiple things. I see this as one aspect of what we can do,” he said.

But not everybody agrees that arming citizens with the means of protecting themselves is an effective way to deter crime.

David Hemenway, a professor of health policy and management at the Harvard School of Public Health, claims that more guns equates to more violence. “Mostly what guns seem to do is make situations more lethal because most crime has nothing to do with guns. When there is a gun in the mix, there is much more likely to be somebody dying or somebody incredibly hurt.”

Sandra Keller, a resident who is participating in the program, disagrees. “If you don’t have a gun, you’re just a walking victim. You’re just waiting for somebody to take advantage of you and your property,” she said, and spoke of the helplessness she felt after being robbed in her own store a few years ago. 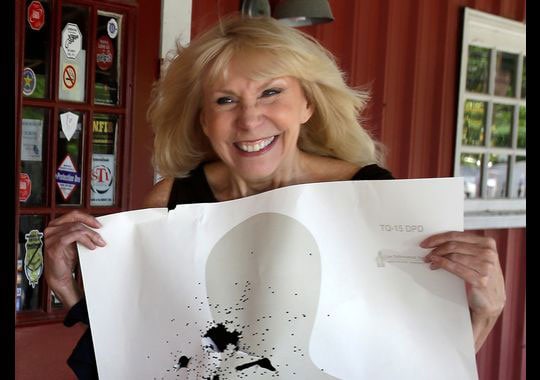 Sandra Keller, whose furniture store was robbed a few years ago, participated in the program and shows off her peppered target. (Photo credit: AP)

Dan Blackford, a former Secret Service agent and a firearms instructor for the Oak Forest initiative, talks of the inaccurate picture sometimes portrayed of gun owners, “The sad part is most people think if you’re pro-gun, that you’ve got this gunslinger attitude, that you are walking around looking for a gun fight to get into and that is so far from the truth.”

Houston City Councilwoman Ellen Cohen stated that she had “serious concerns about more guns in homes,” although she does claim to support Second Amendment rights. She expressed that those who choose to exercise their Second Amendment rights should only do so if they have undergone background checks and been properly trained to use firearms. Both of which the Armed Citizen Project requires to participate in the program.

Harris County Precinct One Constable Alan Rosen, whose deputies patrol Oak Forest, said he agrees that residents should have the right adequately protect themselves.“In terms of having a shotgun, after you’ve been properly trained on it, to have that in your home to protect your home, I’m for it,” he said.

According to their website, the Armed Citizen Project requires participants to pass a background check, as well as undergo safety, legal, and tactical training. The project focuses on arming single women and residents in high-crime areas.

Although the Armed Citizen Project has only been around for a few months, they have received much support from both companies and individuals, whose donations are what keep the non-profit organization running. Currently, it costs about $300 to train and arm an individual and about $20,000 for an entire neighborhood. 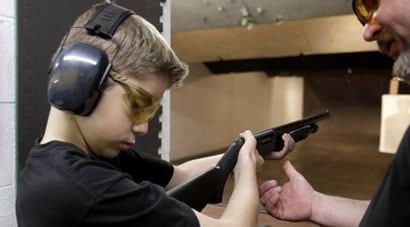 12-year-old Rory Strain is instructed by Dan Blackford on how to properly hold a shotgun. Rory mother, Cheryl, also participated in the program. (Photo credit: AP)

Additionally, kudos should be given to the Armed Citizen Project for recognizing an often overlooked need: Single women. Not all women are as fortunate as me to have a husband or other male that not only has the concern for her safety, but also the knowledge of firearms and effective teaching skills to share it. An organization which recognizes that need, providing help to women without that privilege, literally taking her by the hand and guiding her to ensure that she is comfortable and confident enough to adequately protect herself should be commended.