Taliban Rectal Bomb is a Dud 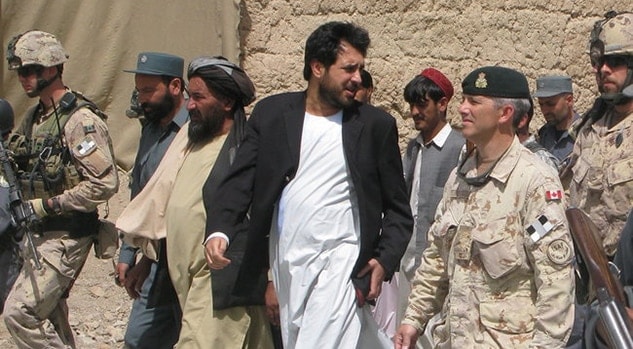 A suicide bomber who stuck an explosive in his rectum managed to kill himself — but no one else.

Red flags were immediately raised in December when a man crossed into Afghanistan from Pakistan with important information he would only give to Afghanistan’s spy chief, Asadullah Khalid.

Khalid’s aides took the man to an armored room in the basement of a safe house for a security screening – mindful of a September 2011 incident when a Taliban “peace emissary” met with a prominent Afghan envoy and then killed him with a turban bomb.

Nevertheless, after stripping down, getting the all-clear and subsequently meeting with their boss, the messenger went BOOM! Although Khalid sustained abdominal wounds, only the bomber was killed.

And that’s probably because the attacker had inserted the bomb in his ass. That’s right, the suicide bomber had hidden the bomb inside his rectum, according to the National Directorate of Security.

Although concerns regarding what such bombs could accomplish on an airplane, along with the possibility of X-ray evasion, Robert Bunker, a researcher who has extensively studied the possibilities of body-cavity suicide bombs, noted, “There are some really practical limitations to what you can do with the basic physics. You can only get so much in the body, and there is no shrapnel effect. Because they are so small, the blast is greatly blunted by the bomber’s body itself. It’s good news that these things have very limited lethality.”

The origin and exact design of the bomb used against Khalid remain unclear, but the Taliban later claimed responsibility for the attack. Asked whether a body-cavity bomb was used, a Taliban spokesman said:

“There is a commission in the Islamic Emirate that is organizing and masterminding these sophisticated and complicated operations. We can’t reveal the secret because we may use these tactics again in the future.”