A Muslim group shot and killed a Syrian boy in front of his parents after overhearing him “blaspheme” the “Prophet Mohammad.”

Syrian Observatory for Human Rights, said 14-year-old Mohammad Qataa was shot in the face and neck a day after being seized by members of an al Qaeda-linked Islamist group in the northern Syrian city of Aleppo.

The Observatory released a photo showing Qataa’s face, with his mouth and jaw bloodied and destroyed. 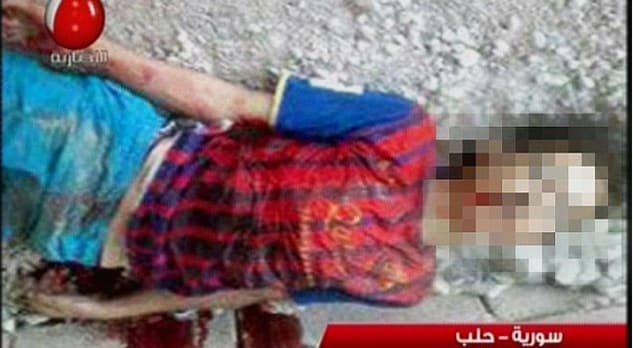 Apparently Qataa was working as a street vendor in the al-Shaa district of Aleppo when three members of the militant group, Islamic State of Iraq and Syria overheard him arguing over a bill for coffee.

‘Mohammad Qataa was working at his street trolley and remarked to his friend that even if the Prophet Mohammad came down he would not give him credit,’ said Rami Abdulrahman, head of the Observatory. The Jihadists took the boy on Saturday and brought him back alive Sunday with whiplash marks visible on his body. As residents gathered around Qataa a member of the brigade said:

“Generous citizens of Aleppo, disbelieving in God is polytheism and cursing the prophet is a polytheism. Whoever curses even once will be punished like this.” 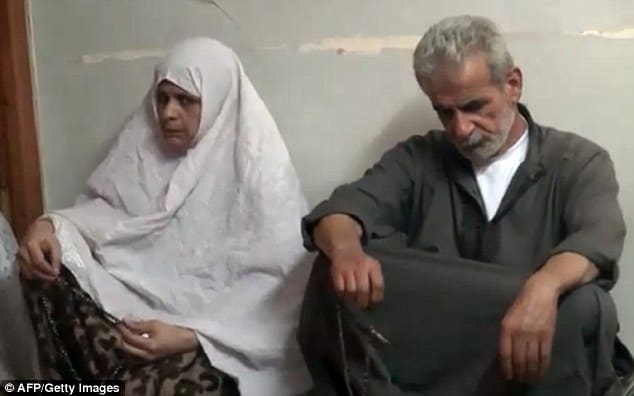 Then, in full of view of his parents, the extremist fired two rounds from an automatic rifle, killing the boy – despite pleas of mercy from Qataa’s mother.

It is thought that the killers were not Syrian, as their Arabic differed from the local dialect. And in a sad irony, Qataa’s parents said their boy had taken part in pro-democracy demonstrations in Aleppo in the past.