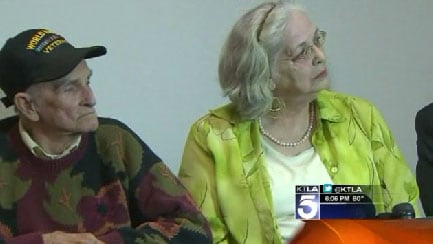 A 72-year-old grandma did what had to be done in order to protect herself and her wheelchair-bound husband when a man nearly half her age attempted to break into their Anaheim home early Sunday morning. She shot at him with her Smith & Wesson .357 Magnum revolver, coming within inches of his face, reported The Associated Press.

It was about 12:30 a.m. when Jan Cooper heard someone frantically trying to get into her house through the front door. When that attempt failed, the would-be intruder, later identified as 31-year-old Brandon Alexander Perez, climbed over the fence and attempted to get in through the sliding glass door in the back.

Cooper was home with her 85-year-old husband, a World War II vet who is wheelchair-bound, and even with their Rottweiler barking fanatically, Perez still tried to make his way inside their home.

The loud barking could be heard on the recording of the 911 call, as can the Christian grandma as she unintentionally lets curse words fly from her mouth. And as Perez starts to slide the glass door open, Cooper yells at the operator, “I’m firing!” and the sound of the courageous grandma’s .357 being shot is heard.

She then urged the 911 operator to send help. “You’d better get the police here. I don’t know whether I hit him or not. I’m not sure. He’s standing at my door, my back door. He’s in my yard,” she told the operator.

But after Cooper fired the shot, Perez had a change of tone, begging for mercy. “I’m sorry, ma’am. I’m leaving. Please don’t shoot,” he pleaded. 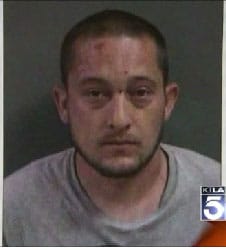 However, deputies were already on their way when Cooper fired the shot, which they heard, and when they arrived, arrested Perez for attempted burglary. Perez, who was currently on parole and has previous burglary and narcotics charges, was living in a halfway house near Cooper’s home. He pleaded not guilty to the burglary charge and has a court date set for later this month.

Orange County Sheriff’s Department spokesman, Jim Amormino, said at a news conference that Cooper was well within her rights to fire at Perez, and no charges are expected to be filed against her.

The soft-spoken woman said that she was surprised at the anger she heard in her voice from the 911 recording. “But whatever’s necessary to literally stop them — he was not going to come into my home,” she said.