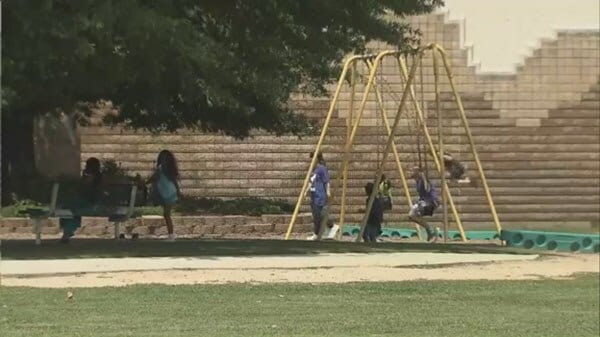 The proposed NC bill would allow CCP holders to carry their firearms in parks and playgrounds. (Photo credit: WRAL, Fayetteville)

While some states are passing laws to create greater gun restrictions, one proposed North Carolina bill would loosen constraints, including doing away with the state’s pistol permits, which are currently required to purchase handguns.

House Bill 937 has already made it through the Senate Judiciary committee, and an earlier version of the bill was passed through the House last month. According to a local news station, reactions over the bill – both the current and original versions – not surprisingly, are mixed.

The original bill loosened gun laws by expanding places where those with a valid concealed carry permit could carry firearms, including some college campuses, state property, parks and restaurants where alcohol is served. In addition, the bill also presented harsher punishments for those who commit a crime using a firearm and better reporting to the National Instant Criminal Background Check System of those with mental health issues trying to purchase firearms.

The updated version of the bill would do away with the pistol permit system. Currently in North Carolina, a permit is needed in order to purchase a handgun through either a retailer or a private sale. In order to obtain a valid permit, one must undergo a background check through their local sheriff’s office, which some argue are inconsistent at best. If passed, the bill would allow residents to bypass this step and purchase a handgun without a permit or a background check.

Additionally, the proposed bill clarifies the definition of the parks in which permit holders can carry firearms. It would also allow permit holders to carry concealed firearms onto educational facilities, provided the firearm stays locked up in a vehicle. The current version still allows private universities to opt out of allowing firearms on campus, but requires that all other educational facilities allow concealed carry. If passed, it would also allow firearms to be carried by permit holders during parades and funeral processions.

Furthermore, the updated version will also allow Judges, registers of deeds, clerks of court and magistrates with a valid concealed carry permit to carry firearms into a courthouse, whereas currently only district attorneys are allowed to do so.

Gail Neely of North Carolinians Against Gun Violence called the proposed legislation “ridiculous,” and stated, “There is no credible evidence this bill will make us safer in North Carolina.”

Paul Valone, the head of Grass Roots North Carolina, disagreed, and used recent rape cases at the University of North Carolina at Chapel Hill as evidence that safety cannot be guaranteed, even with campus police, who are not able to be available at all times and all places. “It’s becoming clear UNC is doing a poor job keeping students safe,” he said.

Some parents showed concern about allowing firearms to be carried in parks and playgrounds around children. “I think that would make it easier for people who are not legal, because they’ll feel as comfortable as the person who has the permit to carry,” said father of a 4-year-old son, Scott Allen, in a Fayetteville park.

But another parent sees a different perspective when asked if he liked the idea of allowing firearms in parks and playgrounds. “Yeah, I mean, at least you know there’s a fighting chance if someone ever just came in out of the blue, just wanting to start some trouble,” said Wyatt Palmer.

North Carolina Sen. Buck Newton reiterated that it’s not the concealed carry permit holders that generally are criminals who need to be feared. “These are, by definition, law-abiding citizens,” he stated.