The Basics of 3D Printing (VIDEO)

When I visited the Beretta factory back in March, they had a 3D printed plastic mock up of the Pico that was being used to fit lasers.  I was impressed.  Even though it was a rapid-prototype, and not a working gun, it was the first time I’ve run across 3D printing in large scale firearms manufacturing.

What countless others are doing with their 3D printed Liberators is completely different.  Clearly 3D printing is a technology in its infancy, but one we should all understand a bit better.  With that in mind, here’s Guns.com’s guide to the basics of 3D printing. 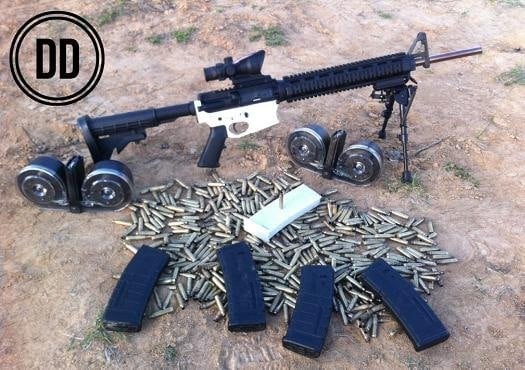 An AR with a plastic lower and new Defense Distributed magazines.

There are four common types of 3D printing, at least when we’re looking at the printing of plastics.  Each takes plastic and shapes it in varying ways, leaving behind a three dimensional artifact.  These artifacts, the shaped plastic objects, vary in material composition and strength, depending on the type of plastic, and the type of printing method.

Though we’re primarily concerned with printed guns and gun parts, I’ll refer to the output of these technologies as widgets, as not all of them are being used to print gun parts.

3D Printing is the idea of printing in three dimensions comes from a popular form of printer.  Powdered plastic is deposited in thin layers.  Above the powder, a mobile head deposits a colored adhesive, layer by layer, until the printer’s bed is filled with powder (and a printed widget).  A vacuum removes most of the loose powder.  The rest is dusted off manually, and then the widget is dipped in sealant.

This is a great way of making full color models, but the widgets are not as strong as they might be when produced by traditional manufacturing methods.

Fused Deposition Modeling is exactly what it sounds like.  Plastic wire is fed into a printer that melts the plastic and deposits the molten plastic on a flat surface, where it cools, fuses together and holds its shape.  Layers build on one another until the object is complete.  Widgets produced in this manner can vary in color based on the color of the plastic fed into the machine.  The end results are strong, though surface detail leaves something to be desired.

These printers are popular for printing widgets and they’re being used to print gun parts and guns.

Stereolithography is a bit harder to explain.  UV light is shot onto a pool of photo sensitive liquid plastic.  Where the light touches, the plastic hardens.  Then a tray in the liquid drops down, just a bit deeper into the reservoir.  The light shoots again and hardens another layer which fuses to the first.  These lower into the liquid deeper and deeper.  At the end, when the widget is finished, the tray rises up, and the widget is revealed.

The video below just may be the best example of the process.  Why do I feel like this was a very wealthy seventh grader’s science project?  And life size, too.

Selective Laser Sintering  is very similar to stereolithography, only the liquid is replaced by the powder we saw earlier, and the UV light is replaced with a laser.  The result is a very fast print.

The video below is a good example, though not nearly as rewarding as the last one during the reveal.

Buying your own printer, and obeying relevant gun laws, means you can do as you please.  Renting a printer may subject you to restrictions on what you can print.  There are many services out there that will print your files for you, but they all get a bit uneasy about the new Liberator craze.

If you’re serious about the technology, and want to be in on the ground floor, than fused deposition modeling might be the way to go. 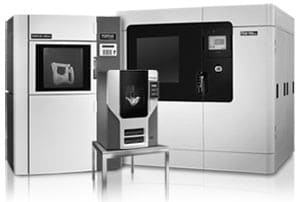 Like every technology in its infancy, 3D printers come in a wide variety of types.  Home users willing to make a significant investment turn to companies like Stratasys.  They make 3D printers for professional applications.  These are clearly not designed for home use.  Starting price?  I’ve heard $8,000 thrown around, but it will vary on the model. 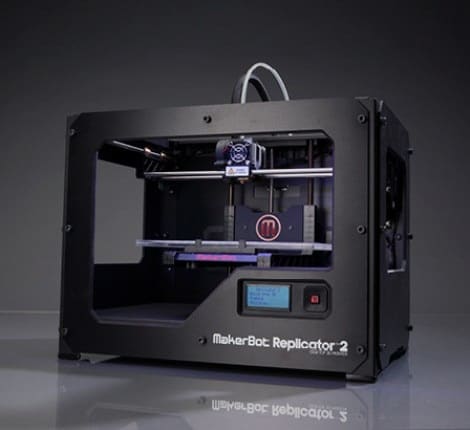 For those who are more serious about the practical applications of 3D printing, but unwilling or unable to pay more for a printer than I did for my car, Makerbot has a solution.  Their units are much smaller, more portable, and much less expensive.  A Makerbot Replicator 2 will run you  $2,100 or so.

They’ve even opened up a brick-and-mortar retail store in New York City.  They’ve announced a digital scanner is in the works.  This will speed up the printing of solid objects.  But more detailed interiors, like what you would find inside an AR receiver, would still have to be created the way they’re done now, with each line and surface being created in a CAD file.

An interesting side note about this class of printers deserves mention.  It was believed that guns needed to be printed on more expensive printers.  Cheaper printers were believed to print weaker plastics.  But that may not be the case.

A recent article in Forbes cites an “engineer who calls himself “Joe” [who] test-fired a new version of that handgun printed on a $1,725 Lulzbot A0-101 consumer-grade 3D printer, far cheaper than the one used by Defense Distributed. Joe […] fired it nine times, using a string to pull its trigger for safety.”  And no catastrophic failure.  The printed gun survived.  The video is below.

All of this talk of plastics is nice and all, but I’m not opposed to my guns being made of metal.  Call me old fashioned.  But that’s the beauty of 3D printing.  It doesn’t have to be plastic.

The same philosophy can be used to “grow” things out of metal.  Aluminum, titanium, stainless steel.  Many of the objects we already used are built from rapidly solidifying steel powders.  It is only a matter of time, really, before we can really take this conversation to the next level.  And that level won’t be printing guns out of plastic, but printing guns, indistinguishable from many of the ones currently supplied by major manufacturers, on home computers.  While they may not have the durability of a rifle with a cold-hammer-forged barrel, they’ll last longer than a Liberator.

In the end, remember that this is only the beginning

By the time you have finished reading this article, it will be out of date.  That’s how fast this technology seems to be moving.  The latest news has less to do with guns, and more to do the bigger picture.  Stratasys may be acquiring Makerbot. 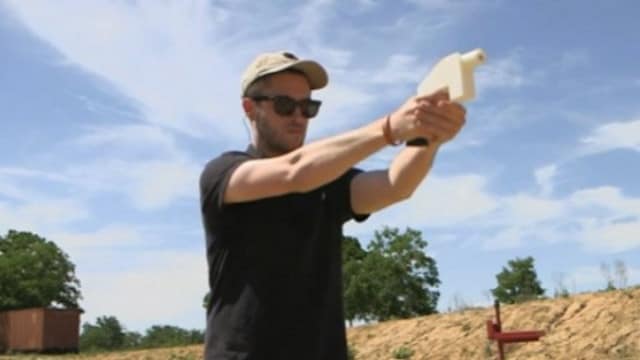 Plastic is only one material that can be 3D printed.  Metals, concrete, glass, plastic, even edible materials like chocolate.  But don’t print a glass liberator.  Not a good idea.

I’m going to get all philosophical on you now.  Sorry.  I have to say it.  3D printing of plastic guns is both a technological exercise and a political statement.  But it will one day be a viable option for gun owners.  And the technology will take over this world.

Think about two analogies.  We’re well past the Wright brothers era now with 3D printing.  The Liberator is actually flying.  But it isn’t a 747.  The printers we have today are like early 90s cell phones.  And few saw the practical purpose in those.  But like other innovators, Cody Wilson is pushing the conversation forward.

To understand one of the most important aspects of this new technology, think of manufacturing.  Soon, we may be able to remove transportation from the supply chain.  Instead of building a widget and shipping it from China, we may have local printers capable of printing widgets in our own neighborhoods.  The widget might still be designed and perfected in China, but it could potentially be printed at home.  And it will be everything, not just guns.