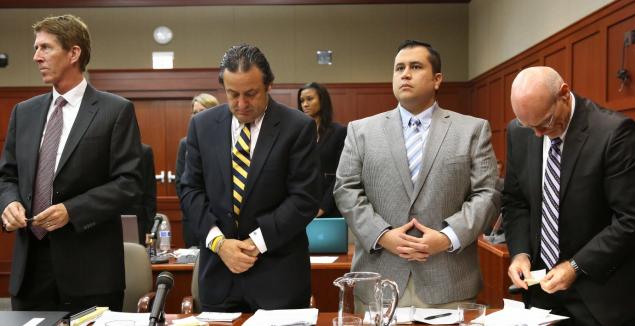 A member of a pro-Trayvon Martin group was exposed yesterday as he attempted to infiltrate the George Zimmerman trial.

The white male identified on his Facebook page as Jerry Counelis provided long, rambling answers regarding his impartiality when asked by attorneys handling the case.

Known as panelist E-7, Counelis said he was an unemployed painter and musician and had no problem with being sequestered if chosen to serve on the jury. After both prosecution and defense attorneys questioned the potential juror, they requested a sidebar with the judge.

Circuit Judge Debra Nelson then asked Counelis if he had posted something to the Coffee Party Progressives Facebook page on March 21. He responded that he had. Then Nelson passed him a piece of paper and requested he tell the court if he had posted the statement she had circled.

Counelis said “yes” and was promptly dismissed from the room. It’s unclear if he’s been taken off the list of potential jurors.

Apparently the Coffee Party Progressives is a group “dedicated to seeking justice for Trayvon Martin.” The March 21 comment posted by Counelis stated the justice system “need[ed] an enema.”

He elaborated, writing that, “In Sanford … & I CAN tell you THIS. Justice’ IS Coming! With the noise WE made … it couldn’t be covered up.”

Thus far, 200 people have filled out jury questionnaires and of those, 25 have been questioned and 20 have been moved into a jury pool.