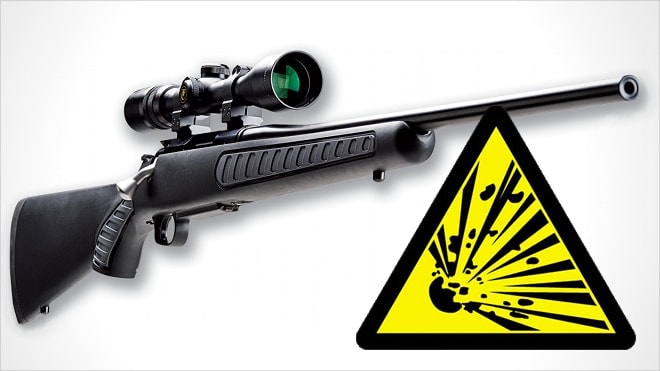 Thompson/Center Arms has issued a blanket recall on all their Icon, Venture and Dimension bolt-action rifles. All of them.

The recall is for every Icon, Venture and Dimension rifle made through this month of June 2013, and it goes all the way back.

According to Thompson/Center, they’ve found cases where certain rifles’ safties don’t properly engage, and when the bolt is cycled, the safety switches off. These rifles still will not fire unless the trigger is pulled, they aren’t slam-firing or anything like that, but a safety that un-safes itself is a serious issue.

The press release could not be more serious. “STOP USING YOUR RIFLE AND RETURN IT TO THOMPSON/CENTER AT ONCE.”

“Because the safety of our customers is our utmost concern, we ask that you stop using your rifle until we have an opportunity to inspect the safety lever to ensure its proper function.”

Owners of Icon, Venture and Dimension rifles should contact the Thompson/Center customer service department. They will send you a pre-paid shipping label to have the rifle sent back to them at no cost to you. 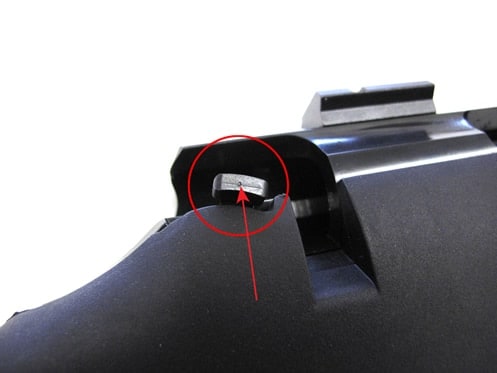 Icon, Venture and Dimension rifles that have been inspected and found to have safeties that do not bind and function correctly will receive a small mark on the end of the safety lever, indicating that it has been inspected and passed.

If you’re buying one of these potentially-dangerous rifles from here on out, be sure to check the safety for the indicator to make certain that your rifle is safe. If the safety does not have the mark, be prepared to contact the Thompson/Center customer service department.

It is uncommon for a company to recall entire product lines like this, although for this particular issue it’s understandable.

The last company to issue a full recall on complete lines of their product was Caracal, after they had one case where a customer’s slide cracked at the ejection port, sending the rear half of the slide flying. Whether it was a case where one slide had a metallurgical fault or a design flaw, they pulled them all.

If you’re an owner of one of the Thompson/Center rifles that may have this problem, or you know someone who might be, make sure these guns get sent back to the factory for inspection. A safety that isn’t is a serious issue.

When companies issue recalls like this, are you more or less likely to purchase products made by them?