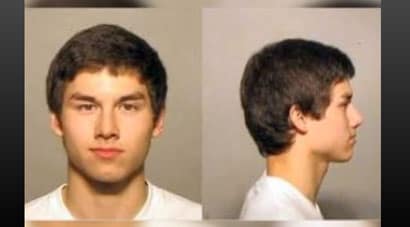 When a 19-year-old man broke into an occupied home in the middle of the night in Yuma, Arizona, he was confronted by the armed homeowner, who shot and killed him.

It was about 1:20 a.m. on May 27 when the homeowner, who has not been identified, was awakened in the night when he heard a noise which sounded like somebody in his home. According to a local news station, the homeowner called the police to report what he thought was a home invasion, then armed himself and went to check it out. Following a confrontation with the intruder, the homeowner shot him once, killing him.

When police arrived minutes later, they found the suspect deceased from a single gunshot wound. The suspect was later identified as Matthew Sykora of Yuma. Apparently, Sykora had been arrested in January 2012 for felony theft charges and fraudulent schemes.

While reporters were on the scene, they witnessed police towing a white car from the property and confirmed that the car did not belong to the homeowner. However, the homeowner told investigators that he did not know Sykora.

Police did not offer any comments on whether or not any charges are expected to be filed against the homeowner for the teen’s death. However, under Arizona state law, the use of deadly force is permitted when it is “immediately necessary to protect himself against the other’s use or attempted use of unlawful deadly physical force.” It is unknown if Sykora was armed, but Arizona also has a no duty to retreat law, meaning “a person has no duty to retreat before threatening or using deadly physical force pursuant to this section if the person is in a place where the person may legally be and is not engaged in an unlawful act.”

When reporters spoke with the homeowner’s neighbor, Cesar Chavez, he said, “I think I would’ve done the same — shot the intruder if he came in the house.”