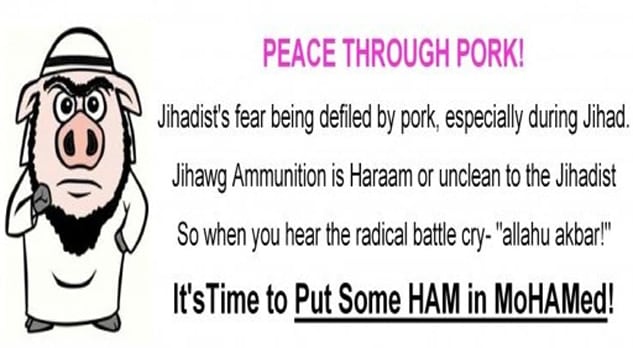 In a move that will undoubtedly anger Muslims across the globe, an Idaho company has begun producing bullets coated with “pork-infused paint.” 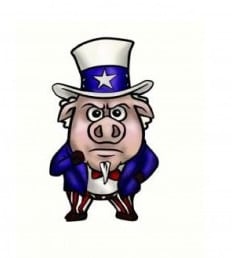 A company in northern Idaho has come up with a culturally sensitive approach. Jihawg Ammo has developed a proprietary system for infusing ballistic paint with pork. The special pork-infused paint is then applied to the bullets of loaded ammunition.

The inclusion of pork in the paint makes the bullets haraam, or unclean. Under Islamic law, anyone who comes in contact with any haraam item is then unclean and must engage in a cleansing ritual. No unclean person can be admitted into Paradise. Do not pass Go. Do not collect 72 virgins.

The decidedly anti-Islamic company sports several slogans, including: “Jihadist’s fear being defiled by pork, especially during Jihad” and “So when you hear the radical battle cry — ‘allahu akbar!’ It’s Time to Put Some HAM in MoHAMed!”

For those wanting to don Jihawg duds, their website offers apparel with captions like: “Pigs Do Fly” and “Do 72 Virgins a Favor.”