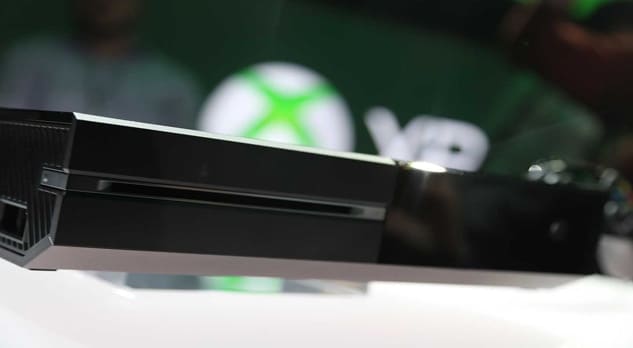 Revealed at the Electronic Entertainment Expo Convention in Los Angeles this week, Microsoft’s new gaming console will require online communication with the MS Network at least once a day. Indeed, for many in the military, the next-gen Xbox console may offer more endemic frustration than grand epic gaming, particularly for those deployed downrange, aboard ships and stationed overseas. According to an Xbox spokesperson:

“With Xbox One you can game offline for up to 24 hours on your primary console, or one hour if you are logged on to a separate console accessing your library. Offline gaming is not possible after these prescribed times until you re-establish a connection.”

And this means many service-members who are stationed overseas with limited internet capabilities will be out of luck. But it gets worse for on-the-go troops, the Xbox One:

■ Can play only in Xbox One-friendly countries. So, if you’re stationed in Germany, Italy or Great Briatin, you’re good to go. But if you’re based in Japan, Kuwait or Afghanistan, you’re not.
■ Will have region-locked games. Games bought in the U.S. can be activated only in the U.S.
■ Serious security concerns. The Xbox One has built-in microphones that can always listen in due to a feature which is meant to provide quick voice-command access to games and apps.

Many in the military are already voicing displeasure. Naval aviator Jay Johnson asserted: “Microsoft has single handedly alienated the entire military. And not just the U.S. military — the militaries of the entire world.”

But Xbox exec Don Mattrick, president of Microsoft’s Interactive Entertainment division has a solution for G.I. gamers – just use the old Xbox 360 instead. Not exactly what service-members want to hear. Even those outside the military have been surprised by the company’s shrug to the military community.

“This is shameful,” says Joel Hruska, a writer for Extreme Tech website. “Telling troops that you ‘empathize’ with them is both embarrassing and hands Sony perfect ammunition. Do I think Microsoft is going to change? Honestly, no.”