Washington Redskins fullback Eric Kettani was notified by the U.S. Navy that he was promoted to lieutenant last week.

The former Naval Academy cadet appointed his coach, Mike Shanahan and his position coach, Bobby Turner to pin his new rank to his collar Monday. “They’re great influences in my life,” Kettani said after the ceremony Monday at Redskins Park. “I thought it would be respectful to ask him to do it.”

Kettani’s parents, brother, Navy host parents and fellow officer Lt. Matthew Harmon were on hand for the ceremony – as well as a few dozen Redskin teammates who stayed after practice to watch the promotion.

When Shanahan had trouble fastening the two bars, which designate his new rank, to Kettani’s tan collar, the team gave him a good ribbing. Nevertheless, the ceremony was a memorable one for the newly pinned lieutenant.

“It was awesome,” Kettani said of seeing so many familiar faces in the audience. “They’re my teammates and also my friends. They saw me downstairs putting my uniform on, and they told me I looked sharp.” 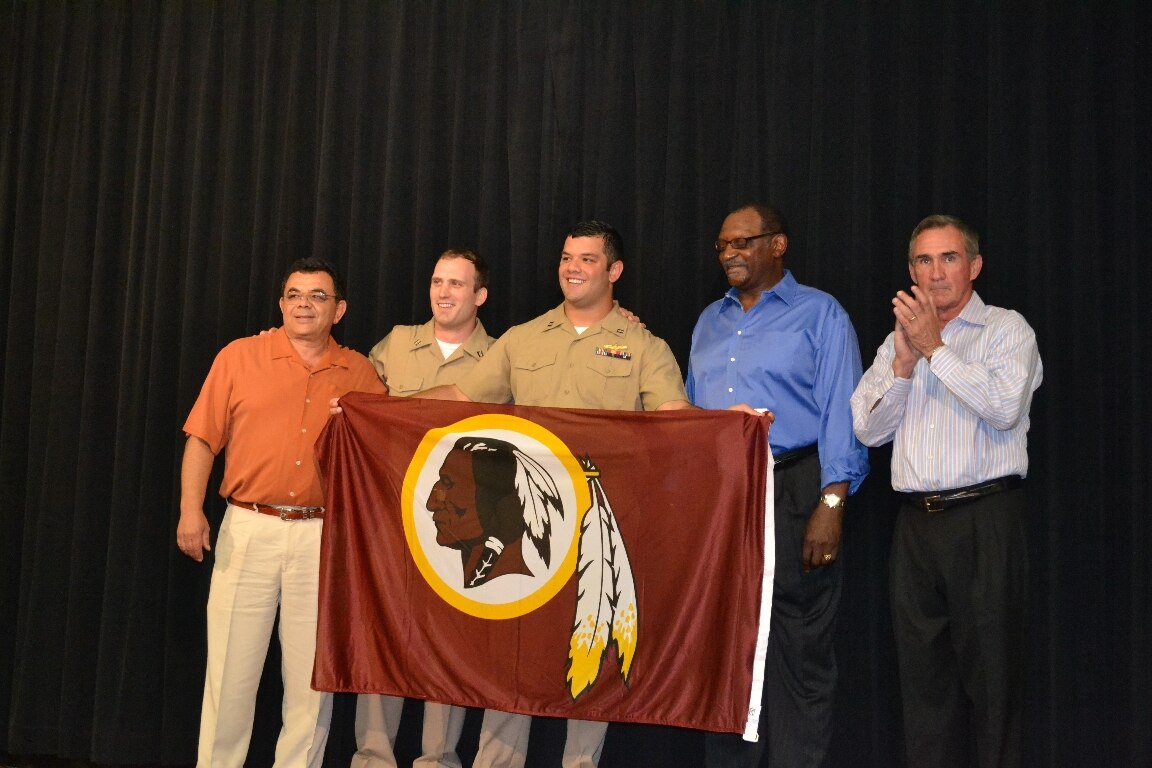 Even fellow fullback Darrell Young (who’s brother is in the Army), a potential competitor for a roster spot, was on hand to honor the seaman – and was the first to salute Kettani as lieutenant.

“I know how big of a day it is for him, just to be promoted,” Young said. “It was just an honor to know that Coach Shanahan could be a part of something like that, and I’m sure he’s appreciative to have a player who serves the country in more ways than just entertaining people on Sunday. It shows he’s proud of him.”

Kettani, who served three years of active duty, signed a seven-year commitment to the Naval Reserves, all while maintaining his NFL activities. And Shanahan made it clear he’s honored to have a member of the military be a part of his organization.

“He’s a great representative for our country. He’s everything you look for in a person,” the Redskins coach said. “I’ve had guys in the military but not lieutenant. I’ve got to salute to him now.”