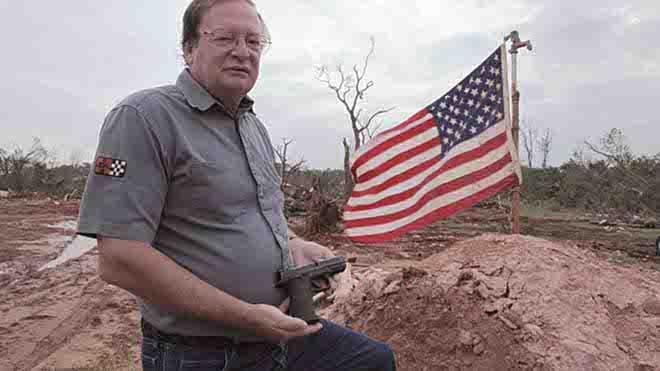 If you were going to add “thrown into a tornado” to your torture test checklist for testing a handgun’s durability — apart from the dangerous and reckless part — no one would really fault a gun if it failed to pass. And yet, to hear this particular M&P pistol’s story should make any Smith & Wesson fan happy.

When an EF-4 tornado touched ground in Oklahoma this may, it destroyed lives and homes, families and livelihoods.

“When I came out of that shelter, I was shocked to see everything I owned was completely gone,” said storm survivor Pat Brand. “All I had then were the clothes and boots I wore when I went into that shelter. My home was gone down to the foundation, and so was my truck. Also gone was my Smith & Wesson handgun.”

Brand and 10 neighbors weathered the storm in an underground shelter. When they stepped out of it, the damage came to light. Brand’s property was gone, including his .40 S&W M&P pistol equipped with a Crimson Trace laser.

The gun turned up, surprisingly, 600 yards away from where Brand once lived. It was discovered  a neighbor who at first didn’t even recognize it as a gun.

Brand took the gun to a gunsmith, after washing the mud off it, for some well-earned maintenance. As soon as the gunsmith picked up the gun, surprisingly, the grip-activated laser came on. Everything just worked. The gun was given an inspection and declared fully-functional.

While other handguns may have longer track records for reliability and durability, this is a clear win for both Smith & Wesson and Crimson Trace. So if anyone ever gives you grief, tries to bash your M&P for its mushy trigger or whatever, just throw out that they’re tornado-proof. 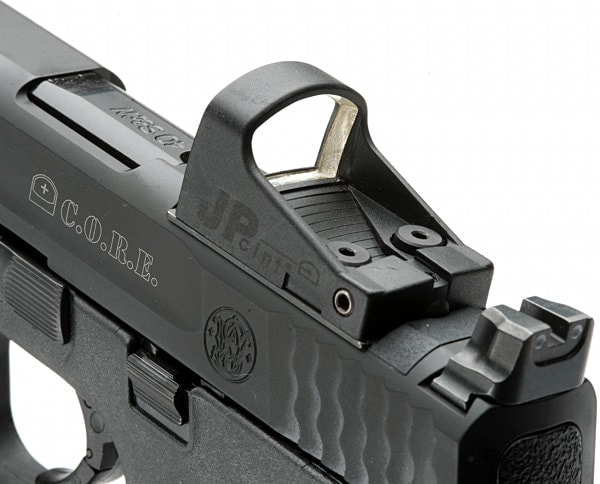 Up to EF-4, anyway. We don’t recommend that you chase down an EF-5 tornado to see how tough they can be.

S&W’s M&P CORE pistols are an inexpensive way to get a red-dot-ready handgun, whether it’s for duty, self-defense or competition. 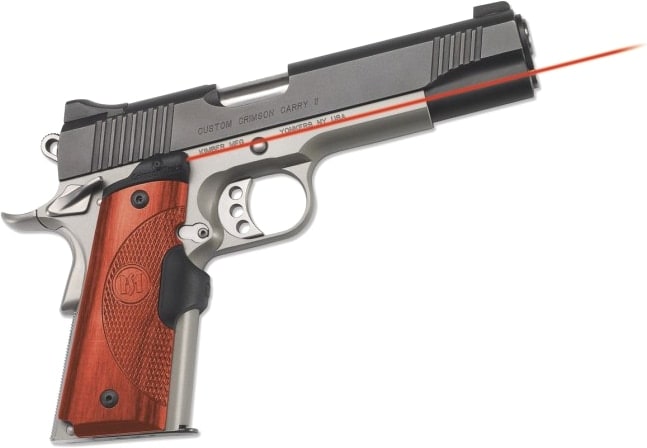 Crimson Trace, manufacturer of many gun-specific and universal laser sights for handguns, has just recently announced a new set of cocobolo grips with a tiny laser sight embedded into them, the LG-917. Part of their “Master Series” of grips, these put style forward for those who refrain from putting too much synthetic on their 1911s, while still giving them the option of using a laser sight.