Like the young cheerleader who just got dumped by her meathead boyfriend, all the boys have taken notice. Suitors from all over are swooping in to court the broken-hearted gun makers of Connecticut, a state that houses multiple manufacturers and has passed some of the country’s toughest gun laws.

Yesterday, Texas came a knocking. While most would assume that with the Lone Star State’s love of guns would pair the two together better than peas and carrots, Gov. Rick Perry will have to bring more than just a box of chocolates and some bright red roses. He aims to woo them with things like low taxes, fewer regulations and offer an economic incentive package.

On top of the sweet talk, Perry has been laying ground work since the National Rifle Association’s annual convention last month (check out his intro video) and, as of his arrival yesterday, with TV and radio ads airing in the Nutmeg State with the message, “Texas is calling. Your opportunity awaits.”

But he has competition. Also, South Dakota Gov. Dennis Daugaard will be in town today, reported the Hartford Courant. Perhaps his somewhat surprise visit will speak louder than the former presidential candidate’s boisterous announcement.

Earlier this month South Carolina Rep. Alan Clemmons (R-Myrtle Beach) was found touring Stag Arms and after  short chase, he finally got some alone time with the New Britain company where he made his message clear, “We want Stag Arms and Stag’s employees to call South Carolina home!!!”

And he later messaged Stag via Facebook, “South Carolina has it all! Low taxes, low cost of living, great weather, right to work, beautiful beaches. … Best of all, we still respect the constitution and the personal liberties guaranteed by the Bill of Rights!”

Both governors will visit with companies like Colt, Stag Arms, PTR Industries, and Mossberg among others. While all the Connecticut-based companies have expressed disappointment and openly protested new gun control legislation, the level of commitment to a move varies by the size of the company and/or demand of the product.

If the industry relocates out of state, Connecticut stands to lose up to 3,000 jobs and $1.7 billion in economic activity, according to the National Shooting Sports Foundation.

Colt has been teasing the idea of moving since the debate cropped up by state lawmakers in the wake of the Sandy Hook school shooting, but the company has yet to make an official announcement. 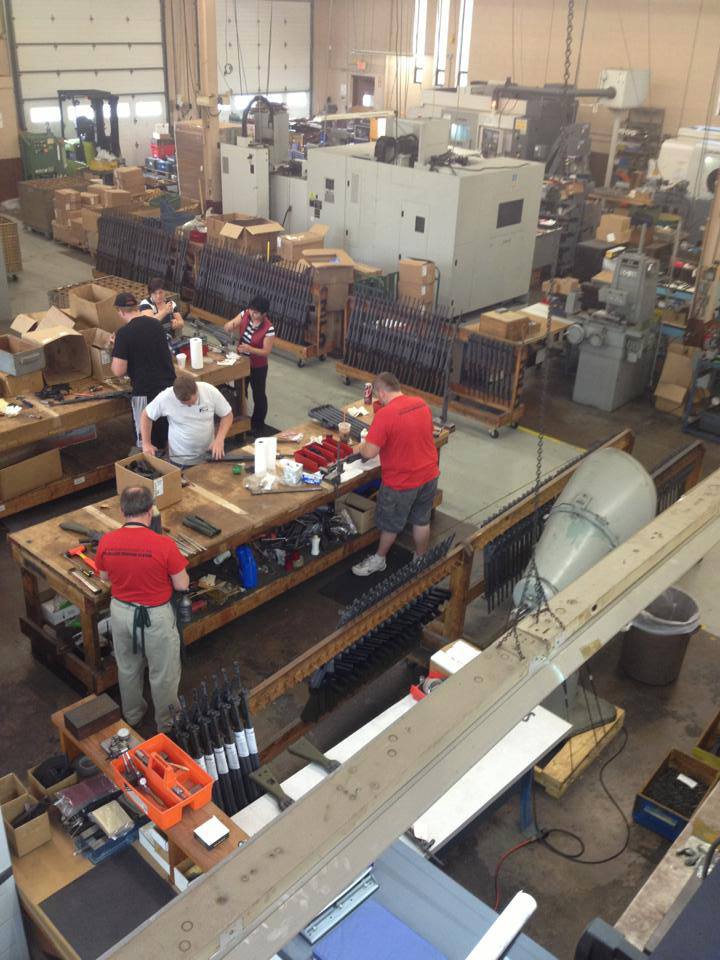 “While we have been proud to call Connecticut home for 175 years, as we look to future growth we have a responsibility to consider all options that ensure we remain competitive and meet the needs and expectations of our customers,” Dennis Veilleux, CEO of Colt’s Manufacturing, said in a written statement.

Colt is the largest gun manufacturer with about 700 employees.

Mossberg, which has about 400 employees, said it will be expanding in the future, but not in Connecticut.

Stag Arms, with about 200 employees, and PTR Industries, with about 45, are the smallest gun makers of the bunch and have been forthcoming about moving. However, PTR Industries is the only one to give a list of potential candidates, citing Texas, South Carolina and New Hampshire.