Another Tornado Survivor, This Time a Liberty Safe 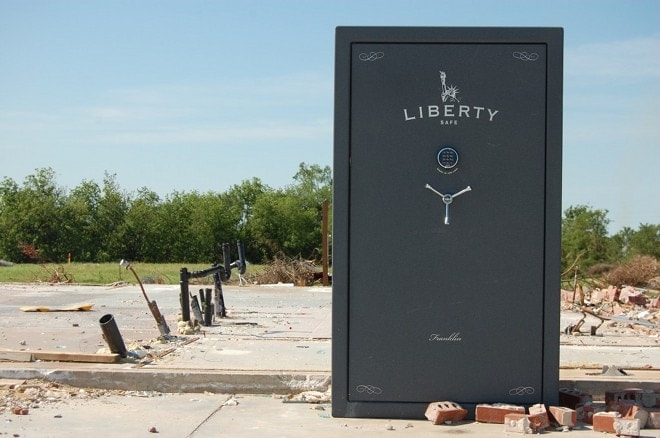 With the recent string of terrible, powerful tornadoes that have cut across the state of Oklahoma, we’ve been given a glimpse at what has survived and what hasn’t.

Liberty Safe can be added to the small but growing list of manufacturers that make products that can weather the fiercest storms. 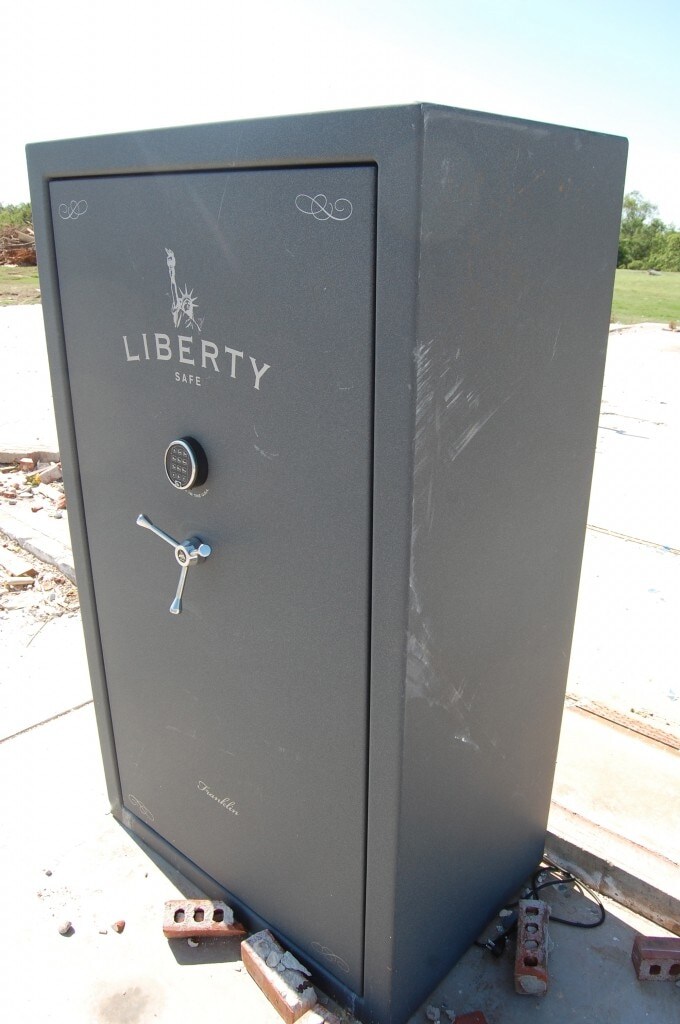 In Moore, Oklahoma, one family came home to a bare foundation, save for the Franklin series safe bolted to it. Their property was hit by an EF5 tornado, the most powerful tornadoes measured on the Enhanced Fujita scale, and solely their safe was left standing.

Even more impressive was that the safe remained secured, and its entire contents fully protected.

The safe, installed by local gun shop H&H Shooting Sports, was bolted to the foundation where it would only later be moved to the H&H safe department for display — scratched, but fully-functional — as proof of how sturdy the safes really are.

H&H will be giving them an upgrade to a brand new Liberty Safe safe in exchange for their old one. 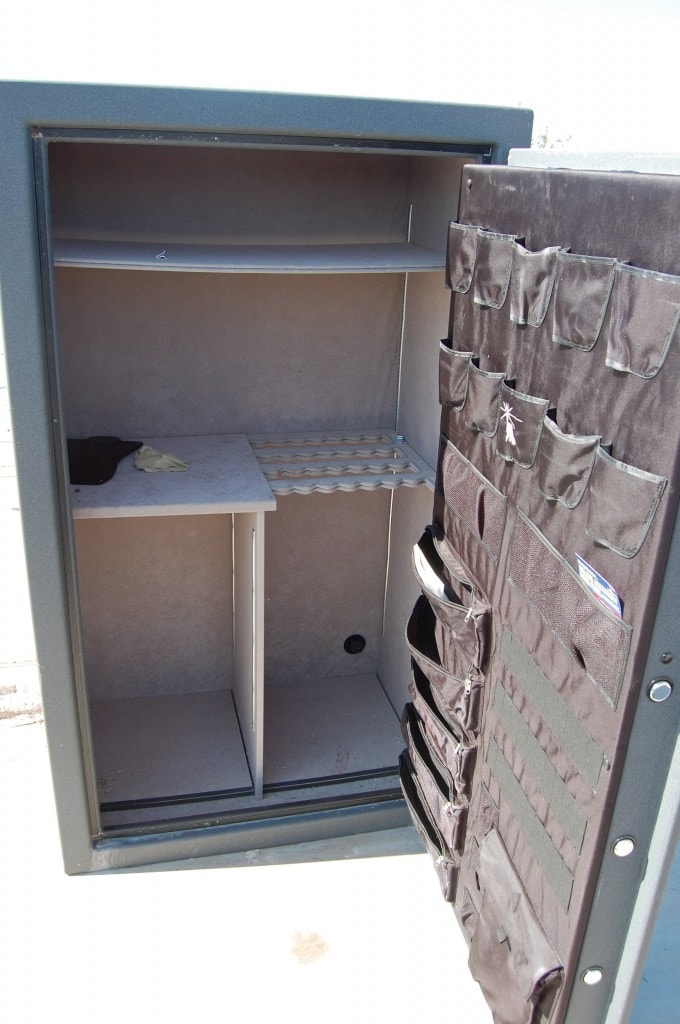 This isn’t the only thing people have found to be surprisingly intact and working fine. A few days ago one man found his neighbor’s Smith & Wesson M&P .40 in a berm of muck 600 yards away from its original home.

After taking the pistol to a gunsmith, the owner, Pat Brand, was informed that not only was the gun fine, clean bill of health, but that its Crimson Trace laser worked fine, too.

When the gunsmith picked up the pistol, the grip-activated laser sight turned on, just the way it was supposed to.

The gunsmith, American Armory and Tactical, in Norman, Oklahoma, has been cleaning tornado-damaged guns from all around the area, for free (thanks Jonathan Zook).

Nobody here is going to disparage any safe manufacturers if their products don’t come through an EF5 tornado in as good condition as this particular Liberty Safe. Tornadoes are strange creatures and are unpredictable in almost every way.

But we have to admit, after hearing something like this, it’s hard not to put Liberty Safe on our list of recommendable products. If you’re shopping for a secure way to protect your guns and other valuables, be sure to check out their products.

And if you already have a safe that you know and trust, they may be able to help you anyway. Liberty Safe just recently introduced the SafElert, a wireless monitoring system that can text or email its owners whenever it’s safe is opened or affected by heat or moisture. It even has a humidity monitor to ensure that its contents don’t rust.