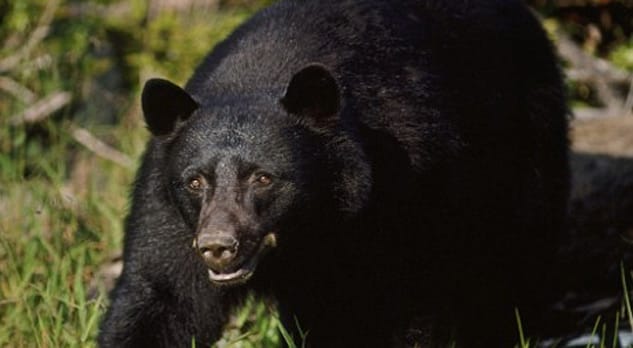 A drunk man in Alaska who threw barbequed meat at a bear was mauled over the weekend.

Apparently the man was at the Eklutna Lake Campground on Saturday for a church picnic. And according to Alaska State Troopers spokeswoman Beth Ipsen.

“He’d been drinking,” she said.

The man’s name is not being released because he may be charged with illegally feeding wildlife. Troopers believe sometime around 5pm on Saturday he broke off from the picnic and decided to go for a bike ride – bringimg some barbeque along. Sometime later the man ran into the bear. And that’s when he offered the bear his BBQ.

“That’s when it kind of went ballistic,” Ipsen said.

The bear mauled the man, puncturing skin along his jaw and leaving him with scratches along his back. Park rangers later found the bloodied man washing himself off at the campground. Alaska Department of Fish and Game spokesman Ken Marsh said: “He wasn’t terribly coherent. He was unsure of where the attack actually happened.”

The man was promptly taken to an Anchorage hospital, treated and released. Authorities are still trying to figure out exactly what happened, but agree that, “The bear was pretty much goaded into this.”